Varun Dhawan Had A Better Morning Than The Rest Of Us Did. Here's Proof 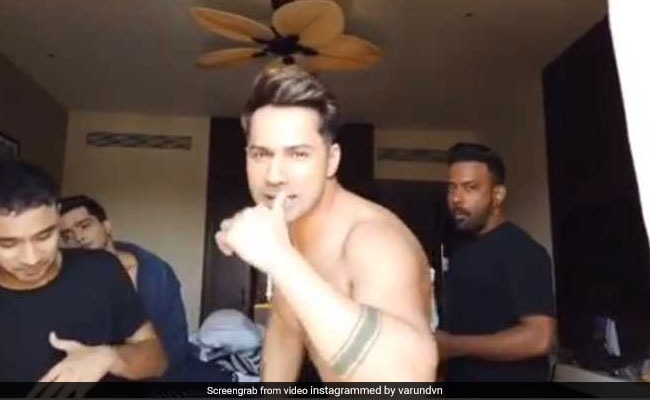 Varun Dhawan in a still from the video. (Image courtesy: varundvn

Varun Dhawan's latest Instagram entry will make you go green with envy. On Tuesday, the 32-year-old actor gave his fans a glimpse of what his morning looks like and peppy can't even begin to describe it. While most of us are stuck at our work stations, the actor made the best use of his morning by chilling with his Street Dancer 3D co-stars. Varun posted a video on his Instagram profile, in which he can be seen grooving to Emiway Bantai's song Sallu Ban Jaunga. The video also features Varun's fellow Street Dancer 3D actors and choreographers Raghav Juyal, Sushant Pujari, Dharmesh and others. Varun captioned the post: "Waking up every morning. Street Dancer apna crew." Varun's video received over 6 lakh likes on Instagram within a few hours.

Anyone who has been following Varun Dhawan on social media would be well aware that the actor often shares pictures from the sets of Street Dancer3D. A few days ago, Varun posted a picture of himself along with his film's director Remo D'Souza and he wrote: "Years of emotion is expressed in a single take. Give and take is the most fun part of the relationship between a director and actor."

Years of emotion is expressed in a single take. Give and take is the most fun part of the relationship between a director and actor #streetdancer3 #setlife #mylife #myhome

Here are some more fun-filled pictures and videos that Varun shared from the sets of Street Dancer 3D.

The boys are back in town #streetdancer3d. The energy,passion,blood and sweat we gonna give it all

Street Dancer 3D is the third installment of the dance-based Any Body Can Dance series. Just like its previous renditions, Street Dancer 3D will also be directed by Remo D'Souza. Besides Varun Dhawan, the film also stars Shraddha Kapoor and Nora Fatehi in key roles. Street Dancer 3D will release on on January 24 next year and it will clash with Kangana Ranaut's Panga at the box office.