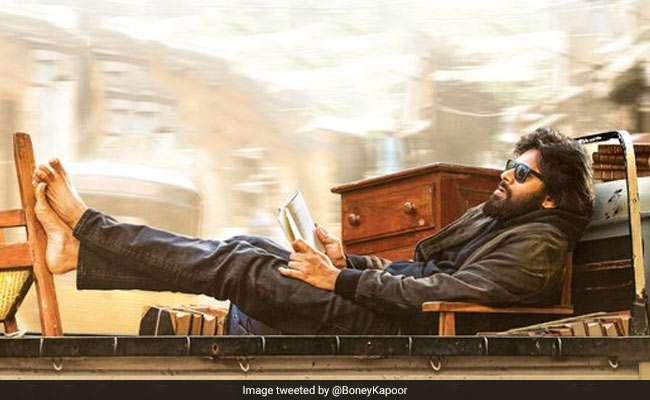 The title and first look of the Telugu remake of the 2016 movie Pink was revealed on Monday by the makers of the film. Boney Kapoor, who is co-producing the movie with Dil Raju under the banner of Sri Venkateswara Creations and Bay View Projects, shared the first look of Vakeel Saab on Twitter, featuring Pawan Kalyan in the leading role. Sharing the picture, he wrote, "Sri Venkateswara Creations in association with Bayview Projects proudly presents Power Star Pawan Kalyan as VakeelSaab. In the poster, Tollywood actor Pawan Kalyan can be seen reading a book dressed in an all-black outfit and wearing sunglasses. Have a look at the aforementioned post here :

Have a look at the first look of Nerkonda Paarvai here :

Pink, directed by Aniruddha Roy Chowdhury, featured Amitabh Bachchan, Taapsee Pannu, Kirti Kulhari, Andrea Tariang and Angad Bedi in pivotal roles. The film released in 2016 and it won many awards and accolades including the National Film Award for Best Film on Other Social Issues in the year 2017.

Pawan Kalyan is best-known for his performances in films such as Thammudu, Gabbar Singh, Attarintiki Daredi, Gopala Gopala and Akkada Ammayi Ikkada Abbayi among others. He was last seen in the 2018 movie Agnyaathavaasi which also featured Keerthy Suresh, Anu Emmanuel and Kushboo.