Uri Trailer: Vicky Kaushal Is Bent On Revenge. His Performance Is Intense 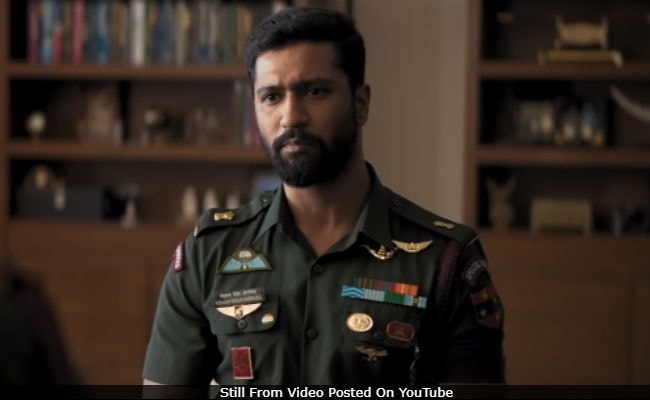 The trailer of Uri, starring Vicky Kaushal and Yami Gautam, hit the Internet on Wednesday. The trailer gives a sneak peek of the action-packed performance of Vicky Kaushal. The film's plot is based on the 2016 surgical strikes on Pakistan, after the Uri Base Camp in Jammu & Kashmir was attacked. Vicky Kaushal plays the role of an army officer, who leads the covert military operation. The trailer opens with a brief introduction to the film's story line: "On 18 September, 2016, 19 unarmed Indian soldiers were martyred at Uri Base Camp, Kashmir." Soon, Vicky Kaushal's character is introduced. He vows to take revenge for the attack and asks his senior to post him anywhere they want to. Yami Gautam plays an intelligence officer, who is seen interrogating a terror suspect. Uri trailer also introduces the characters of Paresh Rawal, Kirti Kulhari and Mohit Raina, who makes his Bollywood debut with the film.

Karan Johar, who recently directed Vicky Kaushal in Netflix anthology Lust Stories, reviewed Uri trailer and the actor's performance in a tweet: "Goosebumps wala trailer. You are amazing as is the trailer. Well done to the entire team. This one's going to fly."

Goosebump Wala trailer!!!!! You are amazing as is the trailer!!! Well done to the entire team!!!!! This ones going to fly!!!! https://t.co/wPOSJSLdEr

Speaking about Uri, Vicky Kaushal had earlier told news agency IANS, "It was really nice experience to work in the film. In a short span of my career, Uri has been the most physically demanding film for me. We have worked really hard to make that film."

Uri is directed by Aditya Dhar, writer of films like Kabul Express and Boond. Uri is scheduled to hit the screens on January 11, 2019.