Speaking about Uri, Vicky Kaushal said: "We have worked really hard to make that film" 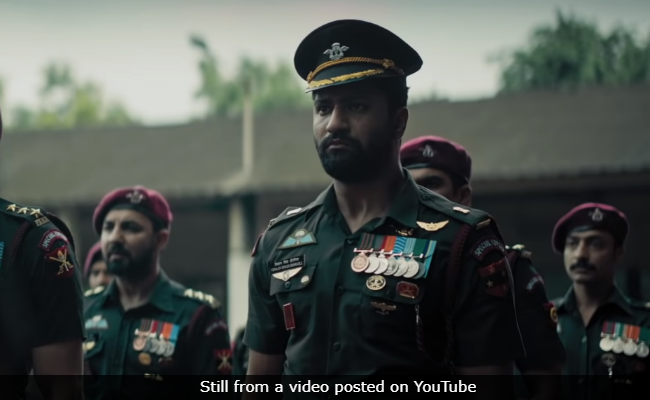 After Manmarziyaan, Vicky Kaushal is almost unrecognisable in the trailer of upcoming film Uri, which released on the Internet today. The 30-year-old actor plays the role of an Indian army officer, who leads a covert military operation, a retelling of the 2016 surgical strikes on Pakistan, after their attack on Uri Base Camp in Jammu & Kashmir. The trailer of Uri begins with family members of the soldiers slain in Uri attack paying their last respects to their loved ones while Vicky Kaushal's character watches them break down one by one. The scenes then shift to Indian army soldiers carrying out the surgical strikes. The one minute teaser has tremendous emotional moments, which makes it difficult to wait for the complete trailer.

Watch the teaser of Uri:

Speaking about his film, Vicky Kaushal told IANS: "We have worked really hard to make that film... I am excited to know audience reaction for the teaser of our film." Uri is directed by newcomer Aditya Dhar, writer of Kabul Express and Boond. The film also stars Yami Gautam, Kriti Kulhari, Paresh Rawal and television actor Mohit Raina.

Vicky Kaushal has had a fabulous year career-wise between the success of Sanju, Raazi and Manmarziyaan. Vicky Kaushal portrayed three vastly different characters in the films and Uri, which releases next year, indicates a promising 2019 too. "It has been really beautiful year as audience has appreciated my work. I will keep working hard in future as well so that, audience will keep showering their love upon me," Vicky told IANS.