"In our effort to portraying their character, we get exhausted," said Vicky Kaushal 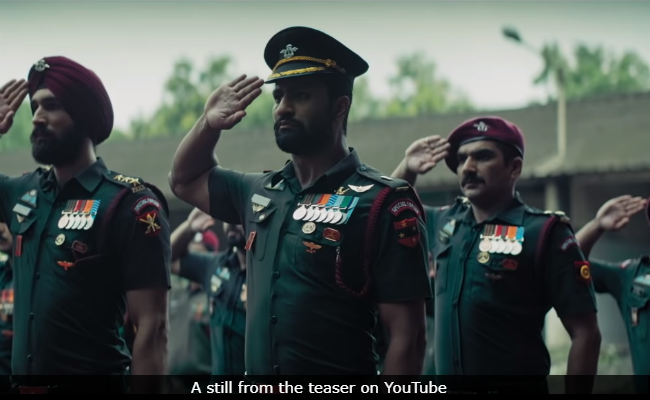 Vicky Kaushal in a still from the Uri teaser. (Image courtesy: YouTube )

Vicky Kaushal, who will be seen playing the role of a commando in his forthcoming film Uri, believes that it is one of the most "physically demanding" films of his career, reports news agency IANS. During the media interaction, the 30-year-old actor said that he was overwhelmed by the kind of response that the Uri teaser received and told IANS: "It was really nice experience to work in the film. In a short span of my of career, Uri has been the most physically demanding film for me and I am very excited because after the teaser, the trailer of the film will also release. I am very excited to know audience reaction to the film."

Talking about his experience of filming Uri, Vicky Kaushal said that playing the role of a commando onscreen made him feel like they are "real" heros. "When you play the role of a commando onscreen, you feel that they are the real heroes. In our effort to portraying their character, we get exhausted but they are living their lives like that on a daily basis so hats off to them and it's not easy what they are doing," IANS quoted Vicky as saying.

A few days ago, Vicky's Uri co-star Yami Gautam also said that shooting for a film like Uri is "never easy." Yami had described the process of filming Uri as "exhausting yet enjoyable" and told news agency IANS: "Shooting of such films is never easy, and is rather consuming. The same thing happened with me when I was shooting for my earlier film Kaabil in which I had to learn dance and understand the body language of a visually challenged girl."

The teaser of Uri released last month and it has over 5 million views as of now on YouTube. Take a look at the teaser here:

Directed by Aditya Dhar, Uriis slated to release on January 11 this year. The film is based on the surgical strikes carried out by the Indian army in 2016.