Uri Actor Vicky Kaushal: Box Office Can't Decide If Film Is Good Or Not But It's Important

Vicky Kaushal had a great 2018 with back-to-back hits in Sanju, Raazi and and Manmarziyaan 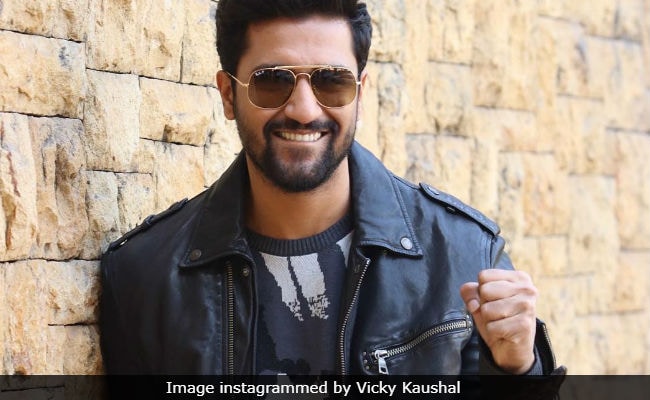 His first film as lead Uri: The Surgical Strike will test Vicky Kaushal's commercial viability as a Bollywood actor and he says the box office collections are not an indicator to suggest whether a film is good or not. The 30-year-old actor, however, believes that the numbers are important for the business. "It is a privilege and an honour for me to reach a stage where you get an opportunity to be tested. I am glad I got this opportunity with such a credible subject. Box office numbers can't decide whether it is a good film or not. But it is important, it is showbiz. A producer invests in a film and expects good return," Vicky told PTI in an interview.

The actor had a great 2018 with back-to-back hits in Sanju, Raazi and Manmarziyaan, among others and he hopes the trend continues in the New Year. "In 2018, only the films that were good and appreciated did the numbers, irrespective of the cast and crew. The math has simplified a lot. If it is a good film, it will do the numbers," he said.

Vicky said he enjoys prepping up for the roles he plays. "I love the prep time. The reaction or emotion comes from you and you realise it was there within you and it was untapped. This is the most beautiful part of this profession that you come to know about yourself and that is how you evolve not just as an actor but as a person."

The actor underwent extensive military training for Uri, based on the surgical strikes conducted by the Indian Army's across the LoC in Pakistan as a retaliation for the Uri attack in 2016. "When you really prep a lot, it makes you think like the character subconsciously. You might be learning 20 different things for a film and you might be using just 10 out of it. All of the extra things are embedded in you on a subconscious level. Those are the things that make you think like that character. We create back-story for a character or an emotion even though it is not going to be part of the film, but it is for us to respond to a situation," he said.

The actor said there is a lot of pressure and responsibility on the team to portray these stories correctly. "We have tried our best to put out the story in the most honest way possible," he added.

Vicky said he had conversations with people from the armed forces but as per the protocol, they were not allowed to interact with those who led the strike in real life. "We could not meet those who were involved in surgical strikes but we met para-commandos who are trained for such strikes and have been part of covet missions in the past but not this one. It was all about understanding their psyche and headspace before, during and after the mission. It was interesting to know their human side like how they face their fears," he said.

It is ironic that the actor played Iqbal Syed, a Pakistani Army major in Raazi and in Uri he is playing Major Vihaan Shergill, a commander-in-chief, who led the surgical strike. Drawing similarities between them, Vicky said, both are patriots but in a different milieu.