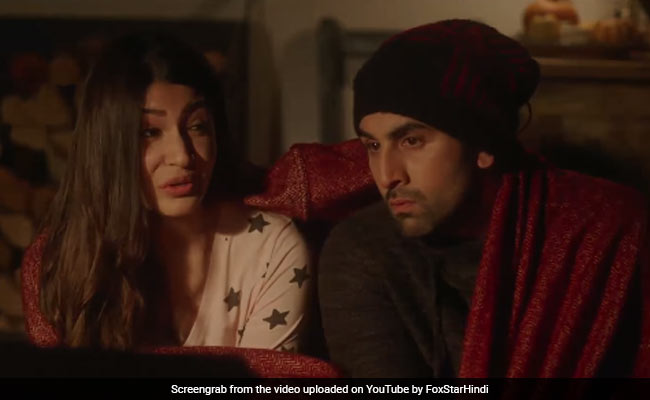 As Ae Dil Hai Mushkil clocked 2 years on Sunday, director of the film Karan Johar and actress Anushka Sharma celebrated the film's anniversary with heart-warming posts on Instagram. Karan shared video montage from his film, which featured Ranbir Kapoor, Aishwarya Rai Bachchan and Anushka Sharma. Karan captioned the video: "A film close to my heart! Great time I had making it! So much fun." Anushka sharma, who played the role of Alizeh in Ae Dil Hai Mushkil, shared a BTS video from the sets of the film. She also revealed that Alizeh is one of the most favourite characters she played onscreen. "Alizeh..... she's been and will be one of my most favourite characters. A big thank you to Karan Johar. You have been so much fun to work with. Aishwarya Rai Bachchan... you are all love. And working with Ranbir is always a mad ride," she captioned the video.

Take a look at the videos shared by Karan and Anushka:

A film close to my heart! Great time I had making it! So much fun! #2yearsofadhm @aishwaryaraibachchan_arb @anushkasharma #ranbirkapoor

Alizeh..... she's been and will be one of my most favourite characters .. A big and thank you to @karanjohar... You have been so much fun to work with.. @aishwaryaraibachchan_arb ... you are all . And working with Ranbir is always a mad ride... #2YearsOfADHM

Ae Dil Hai Mushkil was Karan Johar's first film as director since the release of Student Of The Year, is a story of unrequited love, loss and longing. Ranbir Kapoor played the role of Ayan, who falls for Alizeh but is friend-zoned by her. Fawad Khan extended a special appearance in the film. The film became a major success at the box office, giving Ranbir Kapoor a crucial hit movie.

Meanwhile, Ranbir Kapoor is currently busy shooting for Brahmastra, a three-part fantasy trilogy, which is being directed by Ayan Mukerji and Karan Johar produces it. Anushka Sharma was last seen in Sui Dhaaga opposite Varun Dhawan.