"Pari walked so that Bulbbul could fly," tweeted a fan. 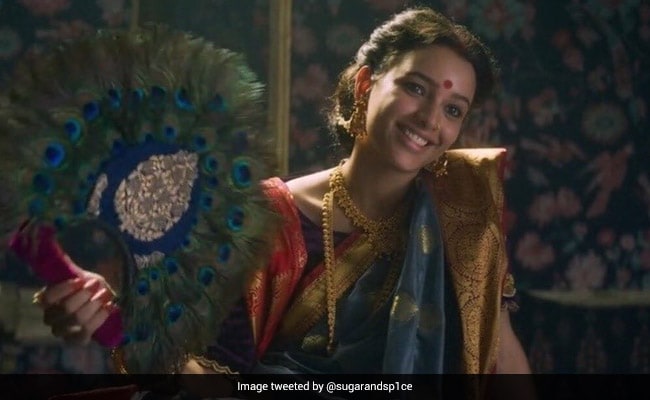 Tripti Dimri in a still from Bulbbul. (courtesy: sugarandsp1ce)

Actress Tripti Dimri's star-making performance in the Anushka Sharma produced film Bullbbul, has fetched her many fans and the multiple posts on Twitter are proof. After the release of the horror drama Bulbbul on streaming giant Netflix on Wednesday (June 24), Twitter was bombarded with posts praising the film for multiple reasons. To begin with, Tripti Dimri's acting prowess acquired a separate fan base. Secondly, the dreamy cinematography and the background scores also got a big shout out.

A Twitter user described Tripti's performance in the film as "stunning."

#Bulbbul - Stunning cinematography. Haunting Music. Finally Netflix India comes up with something good. Sidharth Diwan and Amit Trivedi are the stars of the film. And what a stunning performance by Tripti Dimri. pic.twitter.com/v2HhGcleRQ

"Haven't seen a more perfect ensemble cast in a while," tweeted a fan of the show. Referring to Anushka Sharma's 2017 film horror film Pari, the fan wrote: "Also, have to say this, Pari walked so that Bulbbul could fly."

#Bulbbul has to be the most exquisitely filmed Indian film since Tumbbad. Eerie, haunting and ultimately heartbreaking. Haven't seen a more perfect ensemble cast in a while. And is there anything @paramspeak can't do. Also, have to say this, Pari walked so that Bulbbul could fly.

Here's what another fan of Tripti had to say.

Just could not stop staring at Tripti Dimri while watching #Bulbbulpic.twitter.com/CxqD8qx4Va

"Her transition from Innocent, vulnerable young girl to the confident & bold woman was just a great piece of acting," read another tweet.

What kept me going in Bulbbul was the performance of the lead actor Tripti Dimri.
Her transition from Innocent, vulnerable young girl to the confident & bold woman was just a great piece of acting.. #Bulbbulpic.twitter.com/ZykrnAaauu

Tripti Dimri's acting prowess aside, the powerfully feminist film also got shout out from a section of the Internet.

#Bulbbul is the kind of Feminist film I was looking out for since some time. Albeit predictable fable-horror, It questions the evils of child marriage, gender violence &everything patriarchy.What wins here is a finale act that makes you wish if it were not just a film but reality pic.twitter.com/ZmovL5Ld8h

#Bulbbul is as beautiful as it is real. A fantasy horror rooted in the reality of patriarchy. Tripti Dimri steals the show. Riveting, to say the least. A horror film that'll make you question the horrors of our society!

The Sharma siblings have really mastered the art of green lighting cinema that's as deep as it's dark. Anvita Dutt's #Bulbbul draws you in her gothic romance like intrigue, her very own Crimson Peak whose red rage grows into a evocative battle cry for empowerment.

It wasn't just Twitter that was mighty impressed with Tripti's performance. Film critics shared a similar school of thought. Saibal Chatterjee, in his review for NDTV, gave Bulbbul 3 stars out of 5 and wrote: "On the acting front, Tripti Dimri justifies the top billing with a performance that blends the coquettish with the mysterious in fine, enigmatic harmony. Parambrata Chattopadhyay upstages Avinash Tiwary just a tad at times, but the two actors pull their weight in tandem quite effectively in the frequent run-ins that their characters have."

Tripti Dimri played the titular Laila in the Sajid Ali-directed Laila Majnu. She also starred in the 2017 film Poster Boys. Bulbbul was one of the nine new original films announced by Netflix from India in 2018. The film also features Avinash Tiwary, Rahul Bose and Paoli Dam.

With Love To Anushka Sharma And Virat Kohli From Madhuri Dixit, Farhan Akhtar And Other Stars