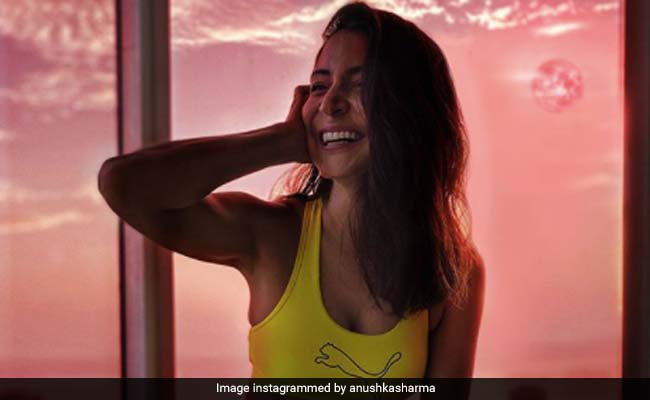 Anushka Sharma's next project as a producer -Bulbbul releases on Netflix today and the actress can't keep calm. On Wednesday, the 32-year-old actress posted a picture from what she described as a "sunlight spot" in one of her Instagram posts, earlier. However, the latest Instagram entry had a slight difference. The "sunlight spot" was transformed into red sky (Call it the Bulbbul effect, if you may). Anushka's post was a subtle reminder to her fans that her film Bulbbul is out on Netflix. She very aptly captioned the post: "The sky is painting the whole town red. Are you ready for what's coming? Bulbbul releases today, only on Netflix."

ICYMI, this is the original picture that the Ae Dil Hai Mushkil actress shared earlier and she wrote: "I told you I knew all the sunlight spots."

I told you I knew all the sunlight spots

Bulbbul, starring Tripti Dimri, Rahul Bose, Paoli Dam, Avinash Tiwary and Parambrata Chatterjee, was announced as one of the nine new original Netflix films from India in 2018. Netflix gave a sneak peek into the story of Bulbbul and the synopsis of the film read: "A child bride grows up to be an enigmatic woman presiding over her household, harboring a painful past as supernatural murders of men plague her village."

Sharing the trailer of the film earlier, Anushka Sharma wrote: "What if our childhood bedtime stories came true? Bulbbul, coming soon only on Netflix." Check out the trailer here: