Bulbbul Trailer: Anushka Sharma's Period Horror Film Is "A Fairy Tale Like No Other"

"What if our childhood bedtime stories came true?" Anushka Sharma wrote while sharing the trailer 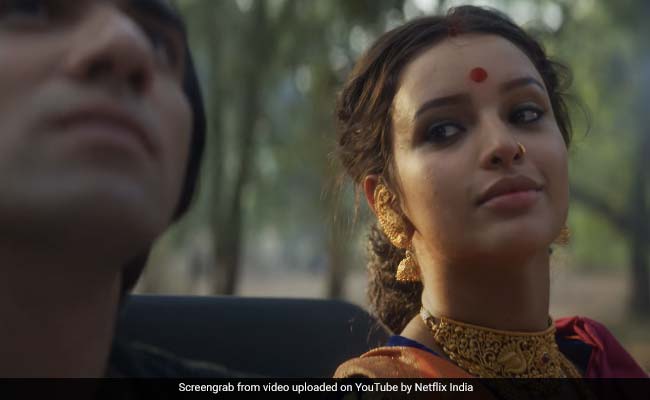 Producer Anushka Sharma is on a roll. On Friday, Anushka dropped the trailer of Bulbbul, an upcoming Netflix Original, a horror-thriller, produced by her, and just said: "What if our childhood bedtime stories came true?" Those preparing to watch glimpses of a bedtime story, should know that Bulbbul is actually "a fairy tale like no other." Set in 19th century Bengal, the story of Bulbbul begins with a child marriage. The protagonist named Bulbbul, played by actress Tripti Dimri, lands up in a huge palace after she's married off to Mahendra (Rahul Bose), who is older by several years. During her transition from a young bride to being the lady of the house, Bulbbul connects with Mahendra's brother Satya, played by Avinash Tiwary, as her confidante.

During her several years of married life, Bulbbul's fondness for Satya becomes more and more evident, and is eventually noticed by Rahul Bose. Soon, Satya leaves the palace for five years and returns to discover mysterious happenings around his ancestral home. Mahendra, who is shown as a character with violent traits, is found murdered. Bulbbul was once told the story of a witch and after Mahendra's death, people are convinced that the heinous crime was the witch's doing. But soon the trailer hints at human intervention in crimes that take place around the village.