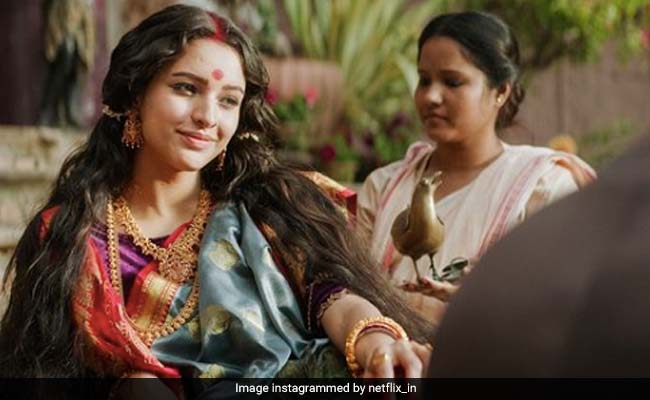 Tripti Dimri in a still from Bulbbul. (Image courtesy: Netflix_in)

A dark, blood-soaked, free-floating feminist fable, Bulbbul, produced by Anushka Sharma's Clean Slate Filmz for Netflix, is set in the sprawling palace of a late 19th century Bengali aristocrat. The edifice is nestled on the edge of a haunted forest. Amidst a series of killings of men in the village, fear of a demon-woman (with her feet twisted all the way around) hangs over the sparsely populated area.

Despite the classic set-up, this ghost story does not go wholly by the genre playbook. Debutante writer-director Anvita Dutt renders the horror tale not so much as a regular cut-and-slash paranormal revenge thriller as a story of women wronged in a time when popular fascination for the occult was at its peak and gender disparity at its nadir. One presumes that it is only the theme that has necessitated the period setting and the film isn't suggesting that patriarchy is a thing of the past.

Bulbbul uses an expressionistic, painterly palette that goes back and forth between a muted bluish tinge and an unsettling riot of crimson (complete with a moon that turns blood red when a pivotal plot point demands), and between the glow of warm daylight to the ominous, goosebumps-inducing blurry hues of the night, to create a stylistic canvas aimed at preparing the audience for a yarn that cannot do without a willing, instantaneous suspension of disbelief. 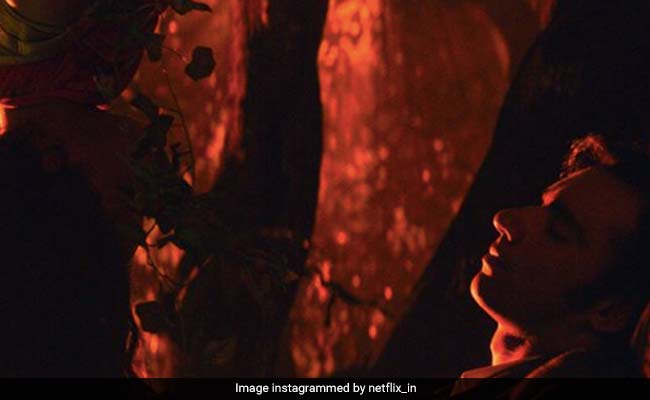 The suspension of disbelief may not be entirely willing but since there is more method than madness in Bulbbul, the film has a great deal of meat to bite into. This quality is accentuated by the subdued tone of the fairy tale despite its distressing core, a slew of restrained performances and a background score (Amit Trivedi) that revels in staying in the background and flowing gently into the heart of the film instead of seeking to overwhelm the soundtrack.

When a horse-carriage rides through the forest or a hunting party ventures deep into the dense jungle in search of game, the eerie atmosphere is sometimes thick with fear and foreboding. Yet, barring a few startling, blood-curdling shrieks and an occasion or two when the demon-woman asserts her presence without letting on who she really is, Bulbbul does not overly rely on the conventions of a supernatural fantasy until it is time for the climax.

The first few sequences of the film revolve around a wedding in 1881. A child-bride, whose aalta-adorned feet we see dangling from a tree in the opening shot, leaves the safety of her parental home and ventures forth into the world well before she has any way of knowing what awaits her. 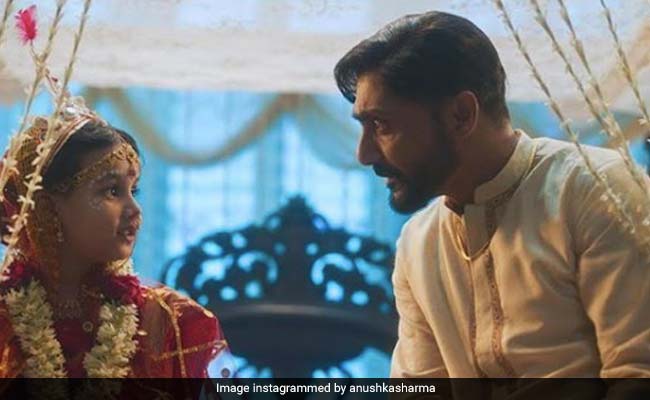 On the way, the girl, Bulbbul (Ruchi Mahajan), wakes up, looks lost and calls out to her pishima (aunt). Satya (Varun Paras Buddhadev), a boy her age sitting in front of her in the palanquin, tells her a 'scary' story about a witch and a princess to divert her attention. An instant bond develops between the two.

The joyless manor house of Bulbbul's husband, Indranil (Rahul Bose), is a gilded cage. The girl's life is made worse by the presence of Indranil's mentally unstable twin Mahendra (Rahul Bose) and his manipulative wife Binodini (Paoli Dam), who is much older than Bulbbul but is as much a victim of patriarchy as the new bride that she must now address as Badi Bahu.

Cut to 20 years later. A grown-up Satya (Avinash Tiwary), who has been away for five years, returns home on a horse-drawn carriage. It is night. The forest is drenched in ominous red. The coachman (Vishwanath Chatterjee) warns the young man of the dangers that lurk on the trees. But Satya, a man of a sceptical disposition, has no patience for such rustic superstitions.

His meeting with long-lost soulmate Bulbbul (Tripti Dimri) reveals the depth of their relationship. Satya is however no longer the sole source of joy for Bulbbul. Sudip (Parambrata Chattopadhyay), her personal physician, has over the years drifted close to her and has free access to her inner chamber much to the chagrin of her childhood companion. 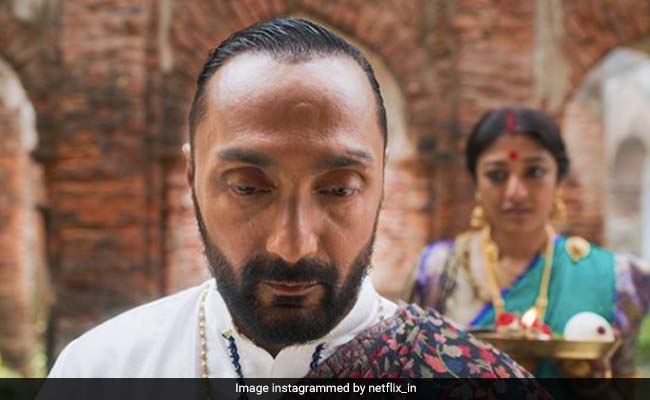 Although there are fragmentary flashbacks of the two children playing hide and seek or revelling in other's company in their growing-up years, the action from this point on unfolds within a five-year frame and centres on mounting jealousy, appalling cruelty and the horrid repercussions of hyper masculinity.

The mythical is inevitable in a film such as this. References to Goddess Kali in her most fearsome avatar abound and one key killing takes place on the day the deity is worshipped with fervour. In a scene of sickening domestic violence, a portrait of Ravana chopping off Jatayu's wing during the kidnap of Sita looms into view. The symbolism is incongruously predictable in a film that is otherwise focussed more on employing cinematic methods, rather than cliched associations, to convey mood and meaning.

The cultural context Bulbbul creates is generally believable. The wedding at the outset is fastidiously Bengali. Kash flowers grow wild on the grounds of the mansion. There are references to Kali Puja and jabakusum (hibiscus) hair oil. And, to be sure, on the soundtrack Binodini hums a Baul song (Mai he kalankini Radha). It is, therefore, jarring when Avinash Tiwary pronounces Baul as bawl/ball. Is half a decade in London enough to mess with a man's diction to such an extent?

Such minor glitches apart, Bulbbul abounds in assiduously composed frames and elaborate, exciting camera movements. One of the film's best sequences recalls Satyajit Ray, concretely on one level and only tangentially on another. Indranil, Satya and Binodini lounge under a tree while Bulbbul is on a swing. Mahendra pulls her hair to hold her back as she alights. The harasser is ticked off sternly. The mood here is sombre and love smacks of obsession and oppression. 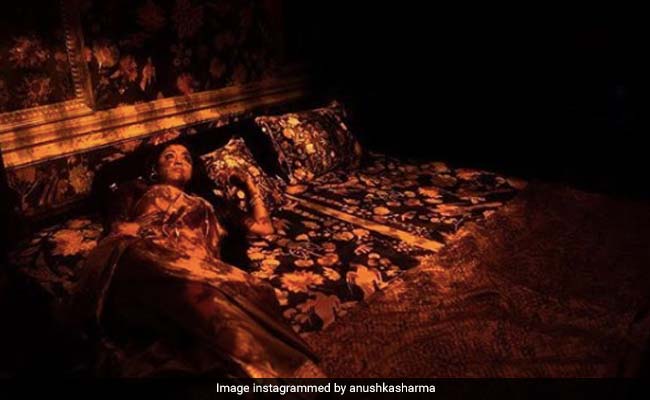 In this rajbari (it is called a haveli since this is a Hindi film), there is no possibility of benign mind games like the one that four friends played exactly 50 years ago in Palamau forest in Aranyer Din Ratri. Binodini, who has reason to feel shortchanged by fate, has her own plans. She suggests that it is time for the family to look for a bride for Satya. She mischievously adds that they must seek Bulbbul's permission because she has the first right over Satya. Seeds of discord and suspicion are sowed in Indranil's already poisoned mind. A chain of terrible events is unleashed.

The visually lush film uses unshod feminine feet, the mysterious forest, the trees and its shifting colours as narrative codes that conceal secrets and truths that are out there for all to see if one is attentive enough. Notwithstanding the generic nature of the storyline, the director and the technicians (most notably cinematographer Siddharth Diwan) ensure that the audience stays invested in the proceedings.

On the acting front, Tripti Dimri justifies the top billing with a performance that blends the coquettish with the mysterious in fine, enigmatic harmony. Parambrata Chattopadhyay upstages Avinash Tiwary just a tad at times, but the two actors pull their weight in tandem quite effectively in the frequent run-ins that their characters have.

In the way in which he handles the two opposing sets of character-defining mannerisms in a double role, Rahul Bose, cast against type, is terrific. Paoli Dam, playing a role that has multiple shades, is remarkably steady. 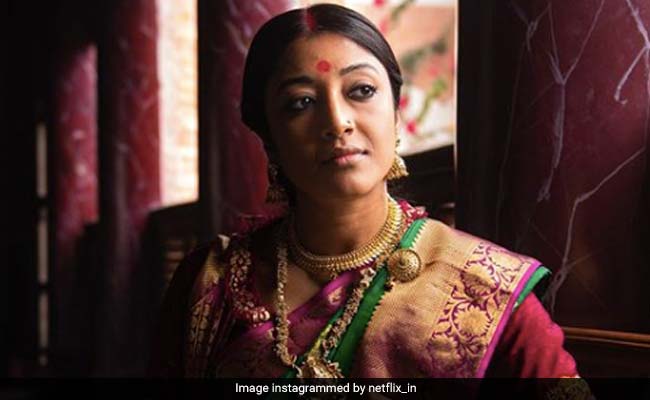 Bulbbul isn't the sort of spine-chilling film that will spook you out of your mind but it is engaging enough not to ever let you off the hook.