'Twisted His Finger': How Taapsee Pannu Dealt With Man Who Tried To Grope Her

"I had an intuition that something like this would happen as I am going into that kind of crowd," said Taapsee Pannu 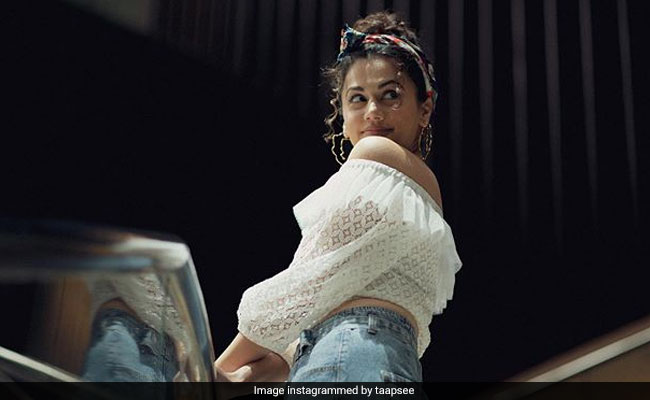 Actress Taapsee Pannu, known for being her outspoken self on talk shows, recounted an "awkward experience" from her younger days, about how she dealt with a molester once. Taapsee opened up about the incident while speaking on the second season of Kareena Kapoor's talk show What Women Want, reported news agency IANS. The32-year-old actress began by saying: "We used to go to the gurudwara during Gurpurab and I remember there used to be stalls next to it that served food to people outside. The place used to be crowded in such a way that people would always end up bumping into each other. I had awkward experiences before this incident as well. But this time, I had an intuition that something like this would happen as I am going into that kind of crowd."

Taapsee, who said that she had been in unpleasant situations in the past, added that she was touched inappropriately in the crowd by a man who tried to grope her: "I was mentally prepared for it until I felt a man trying to touch my backside. That's when I realised that this has happened again." Taapsee said her immediate "reaction" was twisting the man's finger: "This was followed by an instant reaction. I grabbed his finger twisted it and moved fast from that area."

Last week, actress Dia Mirza featured in headlines after she talked about dealing with a stalker in her younger days: "When I was younger, back home in Hyderabad even I faced a stalker. I confronted him and asked him his name. That moment, the boy didn't have an answer," said Dia Mirza, who is also an Artist Ambassador for Save The Child, was speaking at an event hosted by the NGO.

Taapsee Pannu is best known for starring in message-bearing films such as Pink, a courtroom drama on sexual harassment and Mulk, based on the theme of religious intolerance. On the line-up, Taapsee has films such as Shabhaash Mithu (the biopic on women's cricket team captain Mithali Raj), Thappad and mystery thriller Haseen Dilruba.