Twinkle Khanna's Sun-Kissed Instagram Pic Will Brighten Up Your Day 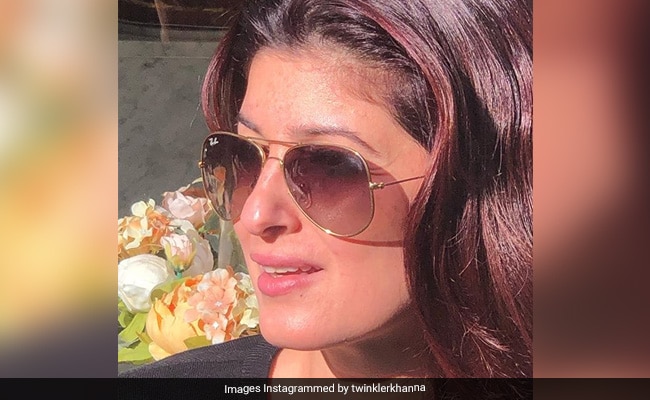 If you are having a dull day, here's something that will surely cheer you up, courtesy Twinkle Khanna. On Tuesday, Twinkle shared a couple of photos of herself, in which she can be seen sun-bathing outside a shop, dressed in an all- black top and denims, which she paired with a pair of shades. It wouldn't be wrong to say that her pictures are giving us major no-filter goals. Not only the photos, Twinkle Khanna's "short break from reality" caption is also winning hearts on the Internet. Sharing oh-so-adorable pictures, Twinkle wrote: "Sunlight working its magic better than any man or woman-made filter. #shortbreakfromreality." Check it out:

Sunlight working its magic better than any man or woman-made filter :) #shortbreakfromreality

Reacting to the pictures, Twinkle Khanna's close friend Sussanne Khan dropped a really sweet comment. Expressing her thoughts out loud, she wrote: "Glowing" and accompanied it with a hugging emoticon.

On Monday, Twinkle Khanna's actor husband Akshay Kumar celebrated his 52nd birthday. Sharing a glimpse from Akshay's 'birthday filled with many adventures,' Twinkle posted a photo, in which Twinkle, Akshay and their daughter Nitara could be seen enjoying an adventurous activity in an undisclosed location. "A birthday filled with many adventures - Next BYOB pottery and then mixing potions in a dark dungeon #BirthdayBoy," captioned Twinkle.

A birthday filled with many adventures-Next BYOB pottery and then mixing potions in a dark dungeon:) #BirthdayBoy

Twinkle Khanna is the daughter of actors Rajesh Khanna and Dimple Kapadia. On the film front, Twinkle's career in Bollywood was short-lived and she quit acting after starring in 16 films such as Barsaat, Love Ke Liye Kuch Bhi Karega, Mela, and Badshah, among others. Twinkle is now a humour columnist and the writer of three best-selling novels - Mrs FunnyBones, The Legend Of Lakshmi Prasad and Pyjamas Are Forgiving.