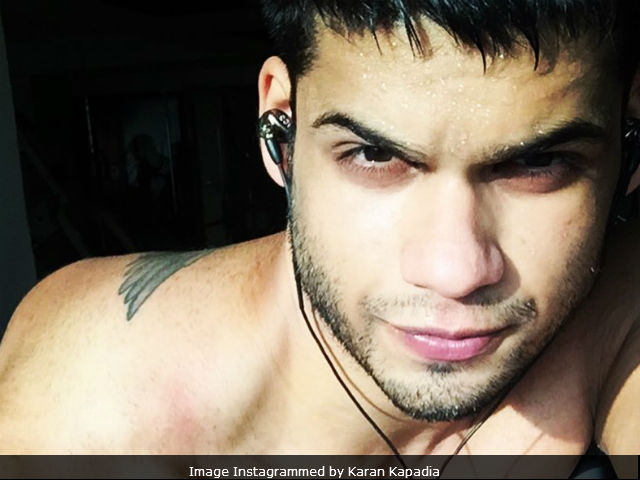 New Delhi: Actor-turned-writer Twinkle Khanna's brother Karan Kapadia is all set to make his Bollywood debut with Tony D'Souza's production next year, reports mid-day. The 24-year-old is actress Dimple Kapadia's late sister Simple Kapadia's son and the youngest in Kapadia family. Karan was all of 16 when he assisted director Rahul Dholakia in his film titled - Society. Karan Kapadia, who is actor Akshay Kumar's brother-in-law, aspired to become an actor since he was a child. Karan says that both Akshay and his aunt Dimple Kapadia were surprised when he at the age of 14, told them about his aspirations. "They didn't see it coming because I have always been an introvert. But, once I told them, they were extremely supportive," mid-day quoted Karan as saying.

Karan told mid-day, "They both (Akshay Kumar and Dimple Kapadia) warned me that it won't be an easy journey ahead. At the time, I was this chubby kid who thought I only had to lose weight and bagging films thereafter won't be too tough."

Karan studied acting at the Jeff Goldberg Studio in Mumbai. About being rejected, in several auditions, Karan said, "I have gone out there for auditions, I have been rejected and been told already by a few people that they don't see any spark in me. However, most said that I do have potential. So, it's good that I have been exposed to rejection early in my career, "reports mid-day.

Karan Kapadia's mother late Simple Kapadia made her acting debut in 1977's Anurodh, co-starring her brother-in-law, late actor Rajesh Khanna. Later, she became a costume designer and designed for actresses like Tabu, Amrita Singh, Sridevi and Priyanka Chopra. Karan's aunt, Dimple Kapadia, is popularly known for her films like Saagar and Bobby, for which she won the Filmfare Award For Best Actress. Dimple was married to late actor Rajesh Khanna, who was referred as the "first superstar" and the "original superstar" of Indian cinema. He had featured in blockbuster hit films like Aradhana, Do Raaste and Dushman. Dimple and Rajesh Khanna have two daughters - Twinkle and Rinkle.

Twinkle Khanna, who made her Bollywood debut with Barsaat, is now a writer and columnist. Her first book titled Mrs Funny Bones sold over one hundred thousand copies, making her India's highest-selling female writer of 2015.

Currently, when nepotism is a raging debate in the industry, Karan says that as a star kid, he does enjoy certain advantages, but also added that his family never had to make a phone call to any producer. "When you come from the kind of family that I do, you obviously have access to certain people that you wouldn't have otherwise. But, I do as much as I can on my own," mid-day quoted Karan Kapadia as saying.

Promoted
Listen to the latest songs, only on JioSaavn.com
Karan is currently working on his physique for his debut project with Tony D'Souza. About launching Karan, D'Souza said, "Yes, we will make a film with Karan, but it is too early to say anything. I intend to produce films, but that will happen only after I have wrapped up my directorial Captain Nawab."

Meanwhile, Akshay Kumar, who recently received a great response for Toilet: Ek Prem Katha, will next feature in Padman, produced by Twinkle Khanna.