The three stunning covers actually sum up the idea: "A perfect 10! What achievers!" 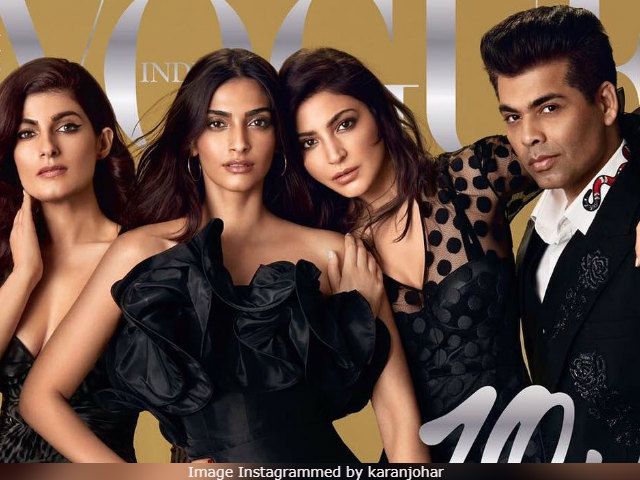 The Vogue cover was shared by Karan Johar (courtesy karanjohar)

New Delhi: Twinkle Khanna, Sonam Kapoor, Anushka Sharma, Priyanka Chopra and Shah Rukh Khan covered September in style for Vogue India. The magazine is celebrating its tenth anniversary with three special covers, also featuring Karan Johar, Nita Ambani, Padma Lakshmi, Russian model Natalia Vodianova and Mithali Raj - the captain of the Women's Cricket Team. The three stunning covers actually sum up the idea: "A perfect 10! What achievers! It's a perfect ten," as pointed out by Sonam. "Celebrating our October anniversary issue with three special covers," is how the magazine released the covers, which sent the Internet into a meltdown. The celebrities on the covers are wardrobe coordinated in black and score a perfect ten on the fashion metre.

Priyanka, who is busy with work commitments in New York and could not attend the recently held Vogue Women Of The Year Awards, Instagrammed: "I'm so sorry I could not be there last night but from being your first cover girl to this one... this journey has been tremendous!" This is what Sonam had to say: "What an awesome experience shooting with my fav people in the industry!"

It's a perfect 10 for @vogueindia what an awesome experience shooting with my fav people in the industry! Twinkle Khanna (@twinklerkhanna) Anushka Sharma (@anushkasharma1588) and Karan Johar (@karanjohar) Photographed by Greg Swales (@gregswalesart) Styled by Anaita Shroff Adajania (@anaitashroffadajania)

Congratulations @vogueindia for your 10th anniversary! I'm so sorry I could not be there last night.... but from being your first cover girl to this one.. this journey has been tremendous! @priya_tanna @anaitashroffadajania you both and your team are amazing! Much love @natasupernova @padmalakshmi

Promoted
Listen to the latest songs, only on JioSaavn.com
Sunday's Vogue Women Of The Year Awards were also attended by Shah Rukh Khan and his wife Gauri, Shweta Bachchan Nanda and filmmaker Kiran Rao, all of who clearly had a great time. They even sneaked out to have their own fabulous photoshoot. "We shot our own VOGUE cover," Instagrammed Karan for this photo.

We shot our own VOGUE cover!!!! This ones for you @vogueindia

Other guests who walked the red carpet at the Vogue Women Of The Year Awards, included Aishwarya Rai Bachchan, Anushka Sharma, Sonam Kapoor, Anil Kapoor and Kriti Sanon and other celebrities. Stars arrive on the red carpet! 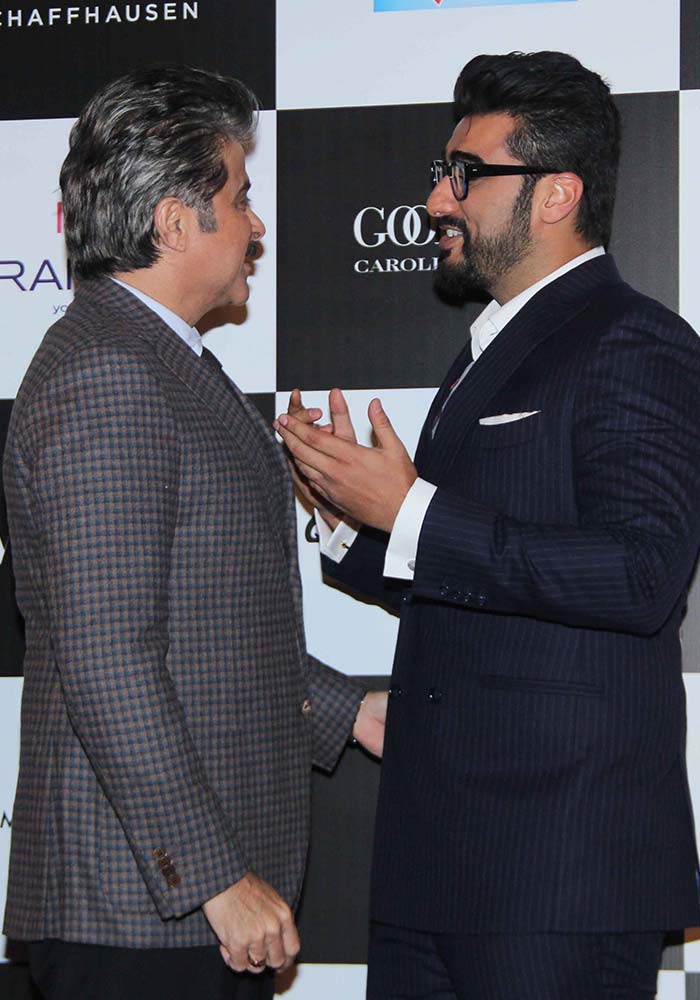 Anil and Arjun Kapoor on the red carpet

Which of the three covers do you like the best? Tell us in the comments below.