Twinkle Khanna And Akshay Kumar Had The Sweetest Exchange On Twitter 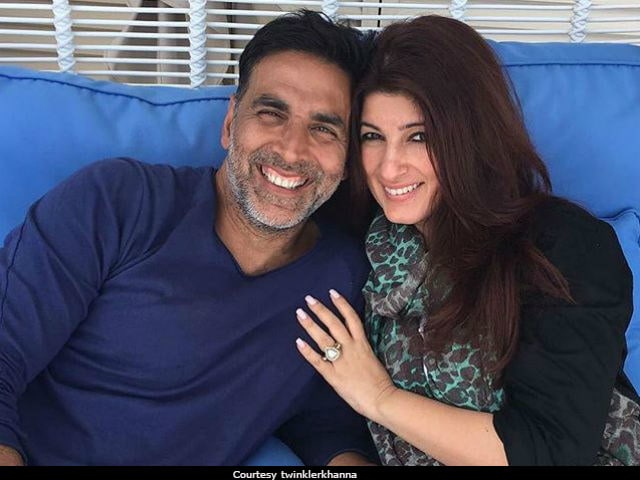 New Delhi: Twinkle Khanna responded to a vote of confidence from her friend Karan Johar with one of her deadly one-liners but for husband Akshay Kumar, her answering tweet was more sweet than sharp. Twinkle, 43, stars in a new commercial for Google Pixel and it's being promoted online by her family and friends. "What happens when Google googles your wife," wrote Akshay, 49, in his tweet. "Thank you for being the handsomest cheerleader a girl could have on her team," gushed Twinkle, ending with a Twinkle-ism: "My pom poms are 'Eveready' for you too." Twinkle and Akshay have been married 16 years and have a son and daughter. Their Twitter exchange here:

This is what happens when Google googles your wife https://t.co/Hh301CZhTn

Thank you for being the handsomest cheerleader a girl could have on her team and my pom poms are 'Eveready' for you too #MumbaiToMaheshwarhttps://t.co/Z6tXz49FaW

Lest you fear that Twinkle Khanna is losing her edge, here's a refresher on her conversation with Karan Johar, with whom she's been friends since the beginning of time.

The commercial adds a new hat to Twinkle Khanna's already much-hatted head and you only need to watch the ad for a capsule glimpse of just how busy her days are - she has multiple careers as an author and columnist, interior designer, and now a film producer.

Promoted
Listen to the latest songs, only on JioSaavn.com
While there's little chance that Karan Johar will cast the former actress in a film soon - as he said, she rejected his first offer, which was the role that Rani Mukerji ended up playing in Kuch Kuch Hota Hai - Twinkle is the brains behind Padman, a new film to be directed by R Balki and produced by her. Padman, the story of a man who invents a way to make sanitary napkins cheaply, will star Akshay Kumar, Sonam Kapoor and Radhika Apte.

Until then, we'll make do with a daily perusal of Mrs FunnyBones' Twitter feed.