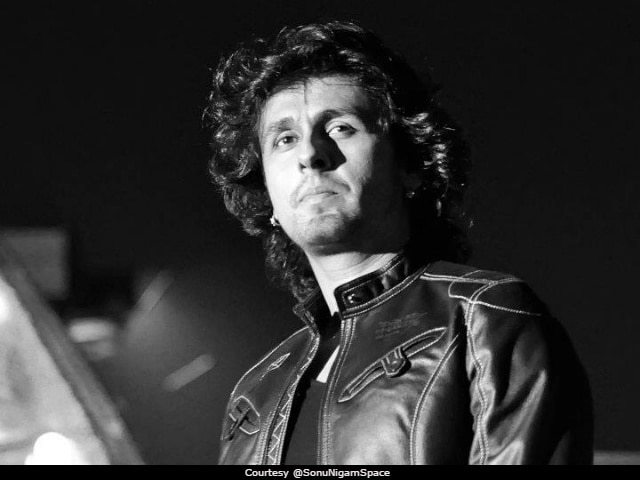 Sonu Nigam had earlier tweeted about being woken by morning azaan (courtesy: SonuNigamSpace)

New Delhi: After his tweets complaining about woken up by the morning azaan brought forth an outpouring of anger, singer Sonu Nigam tweeted again on Tuesday afternoon to say that he's not backing down over what he said about noise created at places of worship by loudspeakers. "Dear everyone. Your stand exposes your own IQ. I stand by my statement that loudspeakers should not be allowed in mosques and temples," tweeted Mr Nigam, 43. He also praised Congress leader Ahmed Patel for agreeing that loud speakers aren't required at religious institutions, and responded to criticism of his original tweets from composer Wajid Khan. Read Sonu Nigam's tweets:

Dear @wajidkhan7. If for once u stop being a Muslim & simply be a Citizen of India, u will see what everyone is truly talking about. Love https://t.co/AmX7qXHW13

Of Mr Patel's comment that loud speakers aren't important, Sonu Nigam tweeted: "This is how sensible people interpret an issue. Respect, Mr Ahmed Patel. It is not about azaan or aarti, it is about loudspeaker."

Mr Nigam was woken unceremoniously by the early morning call to prayer on Monday morning and posted a series of increasingly grumpy tweets, ending by describing the use of loudspeakers as 'gundagardi':

Promoted
Listen to the latest songs, only on JioSaavn.com
Sonu Nigam's tweets jolted Twitter out of its Monday blues and into a breathless frenzy of activity. He was savaged by several users who read his posts as being critical of Islam, and by others who objected to the terms he couched his tweets in. Mr Nigam also received support from many users who agreed that loudspeakers had little to contribute to anything but noise pollution at temples, mosques and gurudwaras. In a comical side-effect, actor Sonu Sood was trolled in Sonu Nigam's stead by those who couldn't tell the difference. "I am still wondering WHO said WHAT and to WHOM and WHO'S asking me to find out WHAT happened WHERE," tweeted a bewildered Mr Sood after being tagged in tweets calling for #BoycottSonu.