Trishala Started "Chapter 33" Of Her Life With Dad Sanjay Dutt By Her Side. See Her Post

"My heart, my blood and my soul," wrote Trishala for father Sanjay Dutt 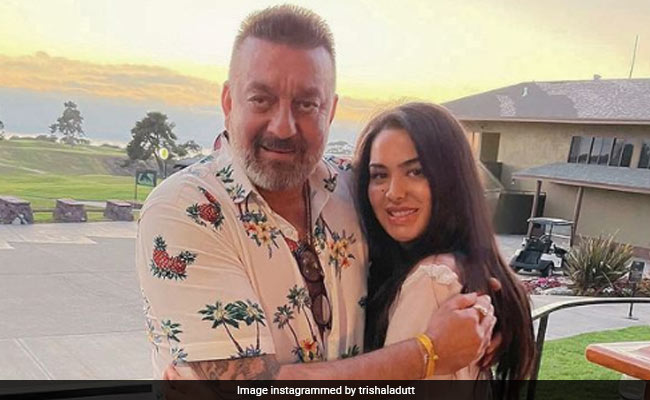 Trishala Dutt, who celebrated her 33rd birthday on Tuesday in Hawaii, shared an adorable picture of herself and her dad Sanjay Dutt from San Diego, California on her Instagram profile on Wednesday and accompanied it with a heartwarming note for the actor. Trishala Dutt is Sanjay Dutt's daughter with first wife Richa Sharma, who died of brain tumour in 1996. Alongside the photo of herself and her dad, Trishala, who lives in Los Angeles, wrote this in her latest post: "Chapter 33 with my heart, my blood, and my soul - The sun, the moon, and all my stars. My Papa Dukes, Sanjay Dutt - thank you everyone for the birthday wishes." 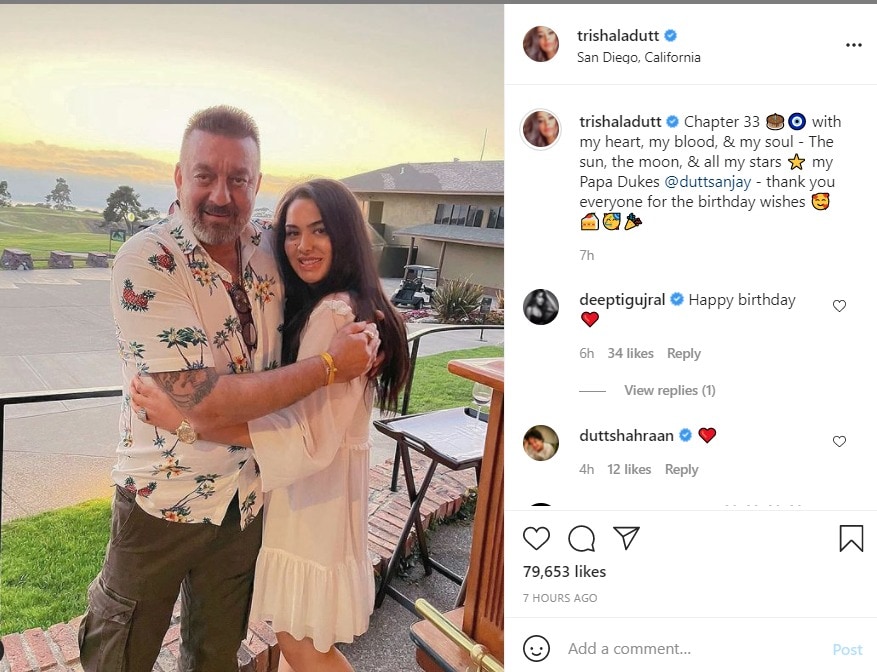 On Trishala's birthday, Sanjay Dutt picked a photo from her childhood and shared it on social media with a sweet note for his daughter. He wrote: "Life gave me the most wonderful gift in the form of you when I became a father. Even though you live so far away, we know that our bond has just been growing stronger. Happy birthday, my little girl, Trishala."

On Tuesday, Trishala also shared a glimpse of her birthday celebrations in Hawaii. See here.

In terms of work, Sanjay Dutt, who has featured in films like Vaastav, Khal Nayak, Saajan, Sanju, Naam and Prassthanam, was last seen in Sadak 2, which released last year on Disney+Hotstar. His upcoming films are KGF: Chapter 2, Torbaaz, Bhuj: The Pride Of India, Shamshera and Prithviraj.