Trishala Dutt Says "Aloha" From Hawaii. See What She Posted 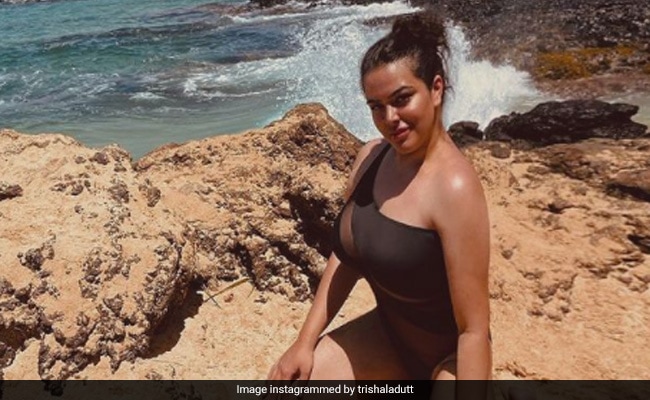 Sanjay Dutt's daughter Trishala shared a postcard from Hawaii, where she is on a holiday. Trishala posted a picture from a beach, in which she can be seen dressed in black swimwear as she happily poses for the camera. The picture happens to be from Maui, Hawaii (going by her Instagram post). She sent greetings to her Instafam and she wrote "Aloha" and added green, blue and brown heart emojis to her post. On Monday, Trishala posted a picture-perfect sunset shot from Hawaii and she wrote: "What a dream," adding the hashtag #nofilter.

Here's a screenshot of what Trishala Dutt's Hawaiian holiday looks like. 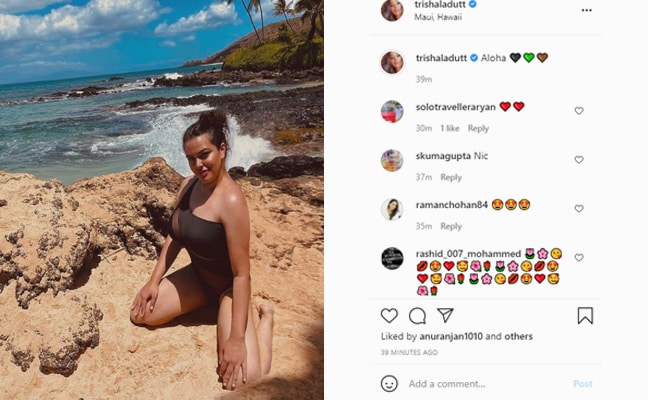 On her dad Sanjay Dutt's 62nd birthday this year, Trishala shared glimpses of his celebrations in California. "Happy birthday, Papa Dukes. Welcome to the USA. I can't wait to see you," Trishala wrote in an Instagram story, which also shared a glimpse of an airplane banner with the happy birthday message floating in the sky. She shared multiple pictures of Sanjay Dutt on her Instagram stories to wish him on his special day. 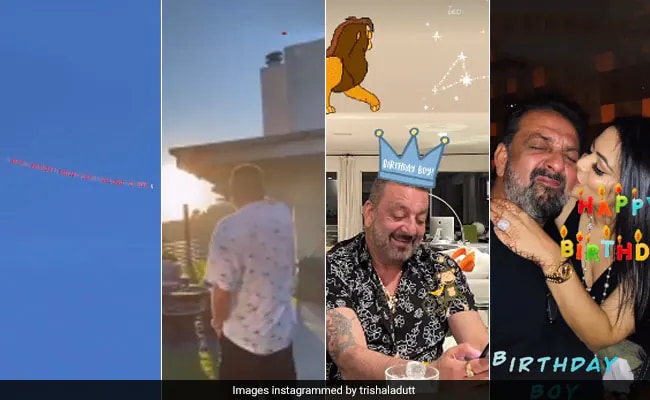 Trishala Dutt is a psychotherapist based out of New York. She is the daughter of Bollywood actor Sanjay Dutt and his first wife Richa Sharma, who died of brain tumour. Trishala was raised by her maternal grandparents in USA, where she currently stays. Her father Sanjay Dutt is now married to Maanayata. They got married in the year 2008 and the couple are parents to twins Shahraan and Iqra.