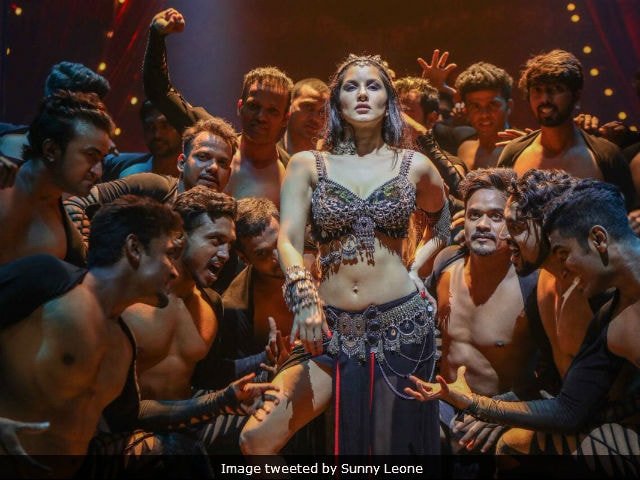 New Delhi: The first and much awaited song from Sanjay Dutt's Bhoomi is out and we already can't wait to put our dancing shoes on. The new song is titled Trippy Trippy and features Sunny Leone. In Trippy Trippy, Sunny is wearing a black ensemble and has paired it with silver tribal accessories. Sunny Leone shows some amazing dance moves in the song which her fans and followers will definitely love. The song will surely set the trends list on fire. Actor Sharad Kelkar, who will feature in Bhoomi, is also seen in the song. Bhoomi's trailer, which was released on August 11, garnered 8 million views in less than 24 hours and it seems Trippy Trippy will follow the same trend.


Trippy Trippy is a three minute song and is sure to be your next party favourite. The song is a peppy dance number which has been sung by Neha Kakkar and Badshah. The song is composed by music composer duo Sachin-Jigar. The video of the song is choreographed by Ganesh Acharya.

We don't disagree with Bhoomi's actress Aditi Rao Hydari, who thinks Sunny is a 'superb' dancer.

She is one superb dancer. Way to go @SunnyLeone . Guys here's #TrippyTrippy from @BhoomiTheFilm - https://t.co/HuUvCIfxHp#Bhoomipic.twitter.com/xtuFZLTImB

Promoted
Listen to the latest songs, only on JioSaavn.com
She has also started a new chapter in her personal life. Sunny and her husband Daniel Weber recently adopted a 21-month-old baby girl from an orphanage in Latur, Maharashtra.

Of the film, Sanjay Dutt told NDTV that Bhoomi is the perfect film for his comeback. Directed by Omung Kumar, the film will release on September 22.
Comments
Sunny Leonebhoomisanjay dutt