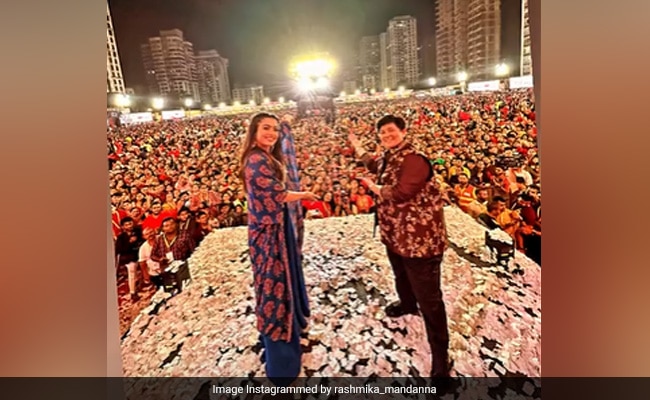 Rashmika Mandanna has been super busy with the promotions of her upcoming film Goodbye. Amid the promotional duties, Rashmika Mandanna does manage to have her fair share of fun. The reason we brought this up today is because she shared a picture of herself sharing the stage with singer Falguni Pathak. Rashmika Mandanna, posting the image on her Instagram stories, wrote: "An evening well spent in Mumbai with the dandiya queen and my loves. Happy Navratri." The singer trended big time recently after Neha Kakkar released the song O Sajna, a remake of Falguni Pathak's 1999 hit song Maine Payal Hai Chhanka. After a brief war of words on their respective Instagram stories, the two shared the stage on Indian Idol 13. 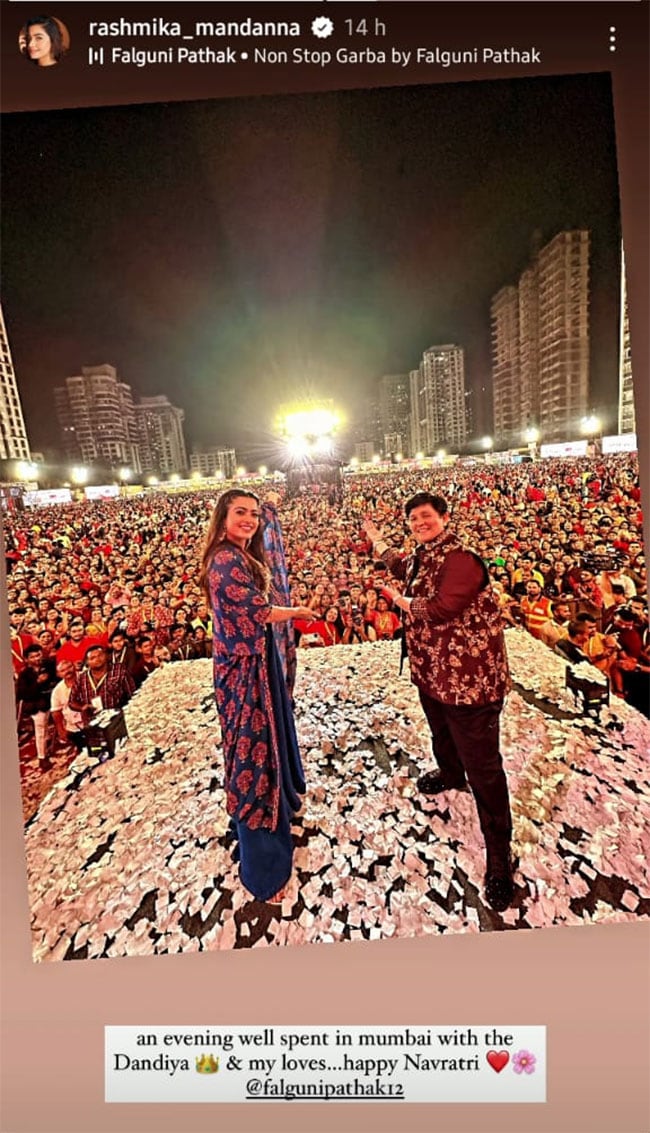 Rashmika Mandanna began her career as a model for a commercial, from where the makers of Kirik Party selected her for the lead role opposite Rakshit Shetty. After the success of her debut film, Rashmika signed Harsha's Anjani Putra opposite Puneeth Rajkumar and Chamak opposite Ganesh. She also featured in Sarileru Neekevvaru, with Mahesh Babu. Her filmography also includes Geetha Govindam and Dear Comrade with Vijay Deverakonda. She was last seen in Pushpa: The Rise, co-starring Allu Arjun and Fahadh Faasil, which was a big hit.

Rashmika Mandanna will make her Bollywood debut with Goodbye, directed by Vikas Bahl. In the film, she co-stars with Amitabh Bachchan and Neena Gupta. The film is slated to release in theatres on October 7. She will also star in Mission Majnu with Sidharth Malhotra. She will also star with Ranbir Kapoor in Sandeep Reddy Vanga's Animal, also starring Anil Kapoor.