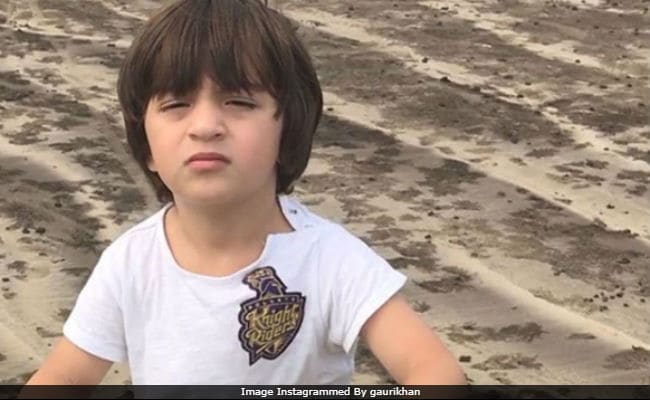 New Delhi: The Indian Premiere League (IPL) auctions are currently underway in Bengaluru. Ahead of the auctions, Shah Rukh Khan's wife Gauri shared a picture of their son AbRam, wearing a Kolkata Knight Riders (KKR) T-shirt, an IPL team co-owned by the 52-year-old actor. "My Knight Rider, flaunting his ride," Gauri captioned the post, shared a couple of days ago. Cutie-pie AbRam is photographed riding a tricycle and poses for the cameras. (Aww+Aww). Shah Rukh Khan and Gauri have been married since 1992. Apart from AbRam, the couple are parents to son Aryan and daughter Suhana. Aryan studies films in California while Suhana is finishing school. AbRam, 4, studies in Mumbai.

In case you missed it, here's AbRam Khan's picture.

My knight Rider ... flaunting his ride.

AbRam often accompanies his dad to KKR matches at the IPL. Last year, SRK and AbRam's matching tattoos, sent the Internet into a meltdown.

SRK shared a picture of them from the stands.

Promoted
Listen to the latest songs, only on JioSaavn.com
Little AbRam's performance at his school's annual day event, last month, was one of the trending topics on the Internet. Videos and photos from event went crazy viral on social media. He also danced to the tunes of his dad's song Yeh Tara Wo Tara from Swades. SRK, Gauri and Suhana cheered for AbRam from the audiences. Aaradhya, Aishwarya Rai and Abhishek Bachchan's daughter also performed with AbRam.