Sara Ali Khan and Kartik Aaryan filled up several gossip columns after she said on Koffee With Karan 6: "I want to date Kartik" Yes, Sara Ali Khan and Kartik Aaryan are doing a movie together. News agency IANS reports that Kartik has signed on the dotted line for Imtiaz Ali's Love Aaj Kal 2 and, according to a Mumbai Mirror report, his co-star will be Sara Ali Khan. The Love Aaj Kal sequel will also star actor Randeep Hooda, whom Imtiaz Ali directed in Highway. "He is one of my favourite filmmakers and I have always wanted to work with him. I am glad it's finally happening," Kartik said about Imtiaz Ali in a statement, reports IANS. Love Aaj Kal released 10 years ago and starred Sara's father Saif Ali Khan opposite Deepika Padukone.

"Kartik, Sara and Randeep Hooda have been doing readings for a while now and the film is ready to go on the floors," a source told Mumbai Mirror.

Sara Ali Khan and Kartik Aaryan filled up several gossip columns after her debut appearance on Koffee With Karan 6, in which she said, "I want to date Kartik Aaryan."

The Love Aaj Kal sequel won't see the actors travel the world, unlike either of Imtiaz Ali's last two films Jab Harry Met Sejal and Tamasha. IANS reports a source as saying that "this one will be shot in Punjab and Delhi." Filming is expected to begin in Delhi next week.

Sara Ali Khan debuted in the industry with 2018's Kedarnath and then, she was seen in the blockbuster Simmba. Last night, she cheered for Kartik Aaryan at the screening of his new film Lukka Chuppi, along with Ananya Panday, who on the Koffee couch recently said that she "wants to date" and later, when the show's host Karan Johar reminded her that Sara had also said she wanted to go out on a date with Kartik, she added, "So, I wanna go on that date when Sara and him are going. That'll be fun." 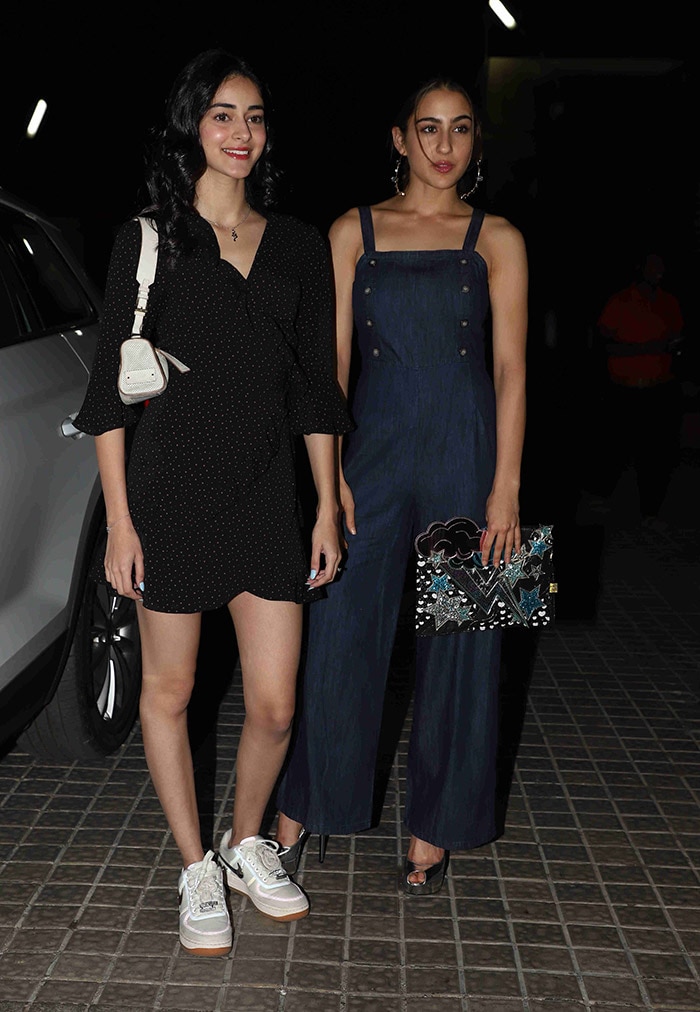 Ananya Panday is making her Bollywood debut with Student Of The Year 2 and has also signed up for Main Meri Patni Aur Woh with Kartik Aaryan.