There were reports that the film will be on the lines of Love Aaj Kal, featuring Sara Ali Khan and Kartik Aaryan 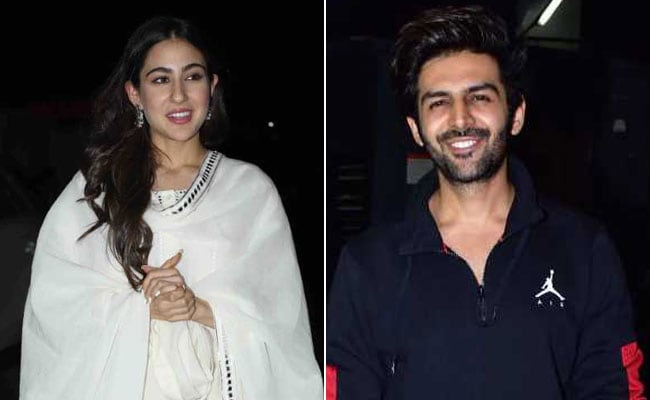 Sara Ali Khan and Kartik Aaryan at the screening of Kedarnath

There are reports that filmmaker Imtiaz Ali is making a film featuring Kartik Aaryan and Sara Ali Khan but the director says "nothing is confirmed" as of now. There have been speculations that the film will be on the lines of his hit Love Aaj Kal, featuring Kartik and Sara. When asked about the same, Imtiaz told reporters, "I can't reveal now since we haven't announced anything. We are trying to work it out... There's nothing confirmed now but we are working towards a film. But can't say anything now."

The director, who last directed Shah Rukh Khan's Jab Harry Met Sejal, said he plans to start shooting by this year. "As a story idea, it has been with me since a very long time. I've been discussing it. In fact, I find there are reflections in the interviews where I've said things like that. I've been saying that and feeling that, perhaps not even as a story but one day I realised there is a story. But I've written it like recently," he said while speaking at the studio launch of JAM8, founded by music composer Pritam.

Imtiaz Ali said he has written several stories since he started his own production. "There were a lot of things in my mind and I have written several stories this time. Since I started my company, I thought I must write them down and realise what is the material that I have, what's good what's not so good. Sometimes in our world, there is so much spoken you don't realise what actually you have with you and what is it you'd like to passionately do. I realised there were quite a few. So I've penned all of them. Let's see what shape they take and when they're made," he said.

Imtiaz Ali will also make a film on Radha-Krishna but says the project will take time. "I'll definitely make it but in my head that's a very big film so it'll take a while to make it properly. The kind of film it is, I want the purity to come through. I'll take time to make the film," he added.

(Except for the headline, this story has not been edited by NDTV staff and is published from a syndicated feed.)
Comments
sara ali khanKartik Aaryansara kartik