Malaika Arora and Arbaaz Khan caught up at a family dinner 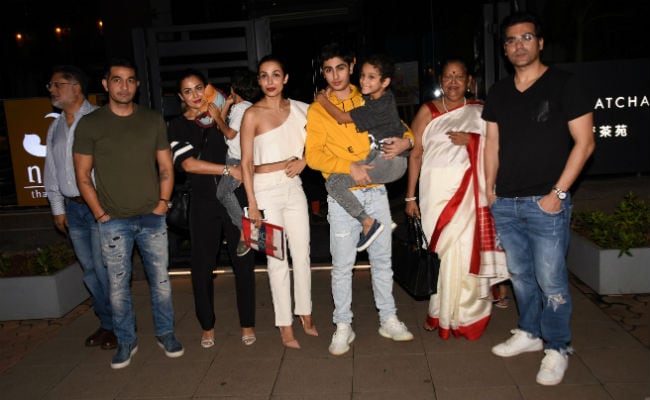 Malaika and Arbaaz outside a restaurant with their family.

New Delhi: Malaika Arora may have skipped Khans' Eid celebrations at Arpita and Aayush Sharma's home over the weekend she caught up with her ex-husband Arbaaz during a family dinner on Monday night. Malaika, Arbaaz, their son Arhaan along with Malaika's sister Amrita and her husband Shakeel Ladak and their sons Rayaan and Azaan dined with the their parents at a suburban restaurant. Paparazzi clicked the group's photos outside the Bandra restaurant, which are now all over the Internet. Malaika wore a white one-shoulder ruffled top with matching pants and accessorised her outfit with nude pumps and a stylish Gucci clutch. In contrast, Amrita opted for black separates paired with monochrome heels. The Arora sisters got style.

Here are photos of the family: 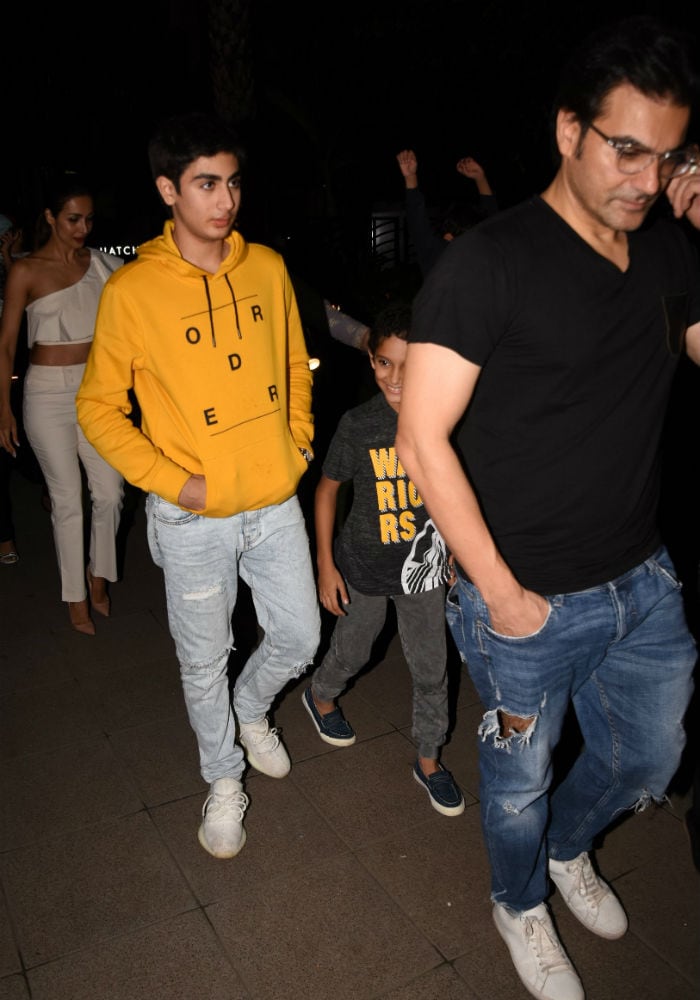 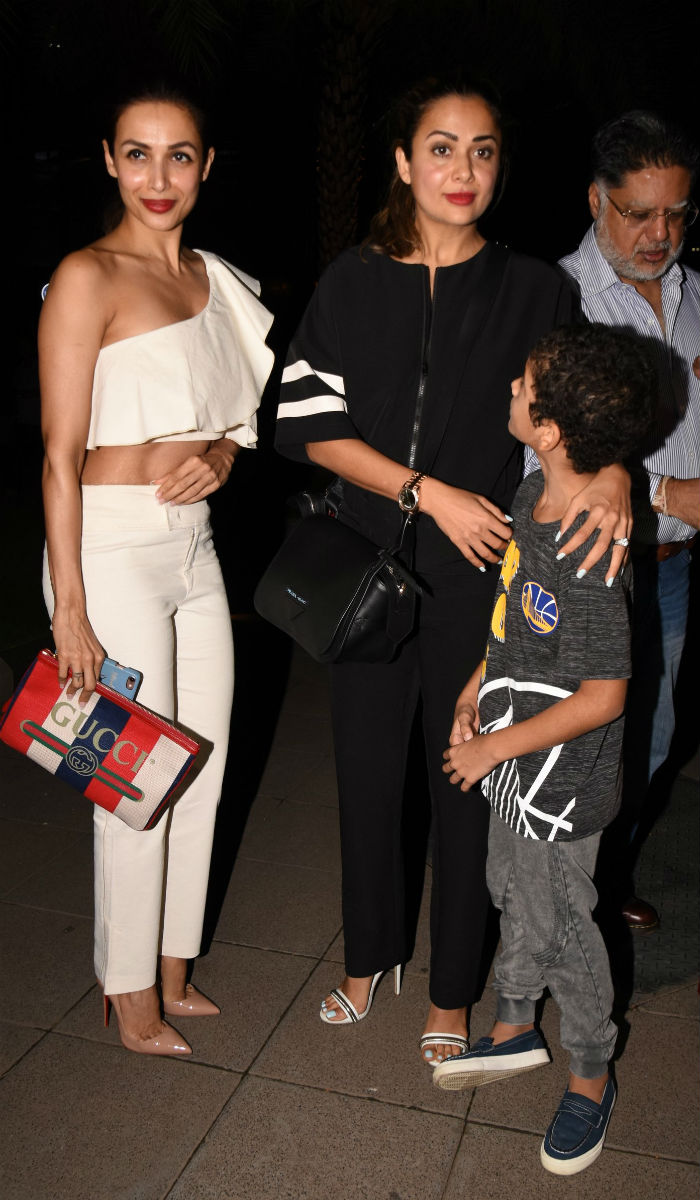 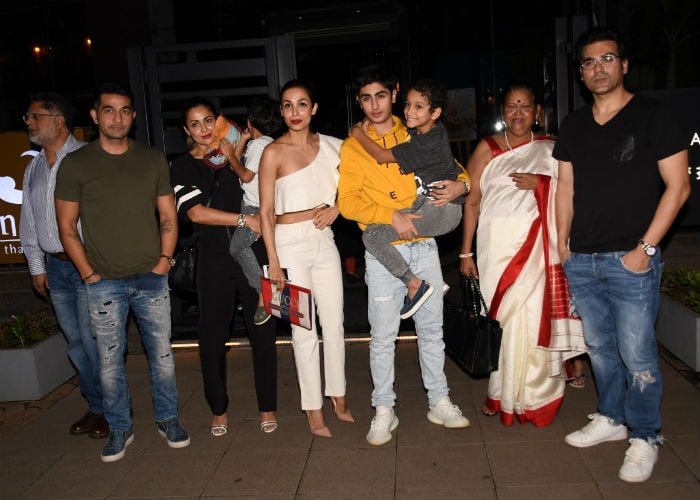 Though Malaika skipped the Eid party on Saturday, Amrita and Shakeel RSVP-ed in affirmative.

Malaika Arora, best known for her dance numbers like Chayyian Chayyian, Munni Badnam Hui, Anarkali Disco Chali and Fashion Khatam Mujhpe, was married to Arbaaz Khan from 1998 to 2017. Even after the divorce, Arbaaz and Malaika maintained an amiable relationship and have been spotted at several family outings together.

Malaika has also judged several reality shows including a few seasons of Nach Baliye and Jhalak Dikhhla Jaa and India's Got Talent 5.

Arbaaz Khan is an actor and filmmaker. He has produced films like the Dabangg series and Dolly Ki Doli while he has featured in films such as Fashion, Freaky Ali and Tera Intezaar.