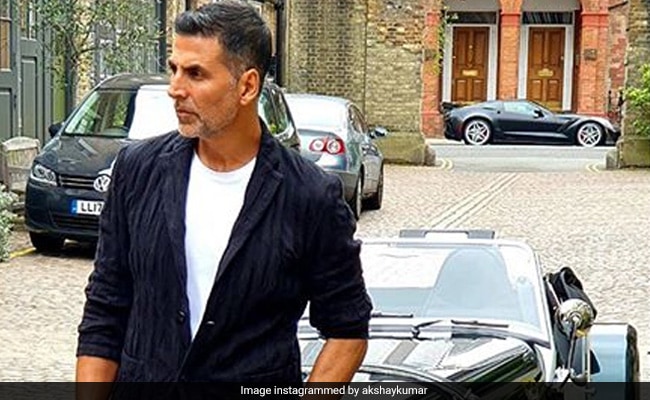 Akshay Kumar, who ranked fourth on Forbes' list of highest paid actors of 2019, is reportedly looking at a whopping amount for a new film with director Aanand L Rai. The film will reportedly star south actor Dhanush and Sara Ali Khan alongside Akshay. As per a Bollywood Hungama report, the 52-year-old actor's team has asked for a "Rs 100 crore plus" fee for the new movie, considering his brand value and blockbuster releases in the recent past. "Akshay and his team believe that the actor deserves 100 crore plus as acting fees for the goodwill that he brings to the project," Bollywood Hungama quoted a source close to the project as saying. "Akshay Kumar is known to charge upfront fees and in today's time, his name attracts the audience not just in the cinema hall but also gets lucrative offers from digital and satellite networks," the source added.

Meanwhile, the source also told Bollywood Hungama that Akshay has been approached by streaming websites and satellite channels for multi-film deals but "Akshay's market is going up with every passing film and hence he is not keen to package all of his upcoming projects together. He prefers selling films on an individual basis as it has been an upward graph for him as far as his career trend is concerned," said the source.

Akshay Kumar's Good Newwz, which released on December 27, just crossed the Rs 200 crore line at the box office. There was some controversy about Akshay's previous release Housefull 4's box office numbers but nevertheless, the film turned out to be a blockbuster deal. Mission Mangal, Akshay's film before Housefull 4, surpassed the Rs 200 crore mark in little less than a month.

On Forbes List of Top 10 Highest Paid Actors, he has been listed next to the likes of Dwayne Johnson, Chris Hemsworth and Robert Downey Jr, with earnings of $65 million for the timeline between June 1, 2018, and June 1, 2019.

Akshay Kumar has an impressive line-up of films - next up he has Rohit Shetty's cop drama Sooryavanshi, whose shooting has been completed. He plays the role of a transgender in Laxmmi Bomb and also has Prithvi Raj to look forward to.