Akshay Kumar also recently featured on the Forbes list of World's 100 Highest Paid Celebrities. He was the only Indian on the list 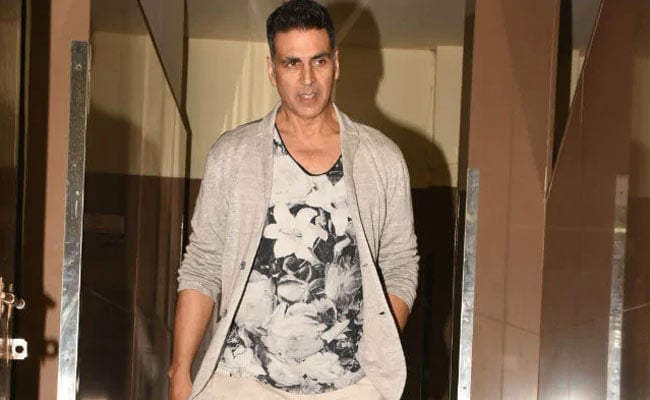 Akshay Kumar must be planning a party tonight

Akshay Kumar is probably planning a party tonight - he just made it to the Forbes global list of top 10 Highest Paid Actors 2019. The National Award-winning actor ranks fourth on the list, with earnings of $65 million for the timeline between June 1, 2018, and June 1, 2019. Dwayne Johnson tops the list with $89.4 million while the second spot and third spots are occpied by two Avengers - Chris Hemsworth with $76.4 million and Robert Downey Jr, a list-topper himself some years ago, with $66 million. The subsequent ranks on the list are taken by Jackie Chan ($58 million), Bradley Cooper and Adam Sandler (tied with $57 million), Chris Evans ($43.5 million) and Paul Rudd ($41 million) in this order. The list is rounded off with Will Smith at the 10th spot with $35 million. Now, that's a lot of names from Avengers: Endgame, which broke all records to become the second highest-grossing film ever: Chris Hemworth and Robert Downey Jr play Thor and Iron Man, Bradley Cooper voices Rocket, Chris Evans is Captain America and Paul Rudd plays Ant-Man.

Forbes describes Akshay Kumar as: "Bollywood's top-earning star, Kumar pulls in at least $5 million and up to $10 million per film. He also mints millions for endorsement deals with over 20 brand."

In 2018, Akshay Kumar featured in some of the highest-grossing films of the year - Rajinikanth's sci-fi film 2.0 and sports drama Gold. This year, Akshay had already featured in the massively successful Kesari and his new film Mission Mangal is currently in theatres. Mission Mangal crossed the 100-crore mark in five days.

Akshay Kumar also recently placed on the Forbes list of World's 100 Highest Paid Celebrities. He was the only Indian on the list - Salman Khan was named in the list last year while Shah Rukh Khan last made it in 2017.