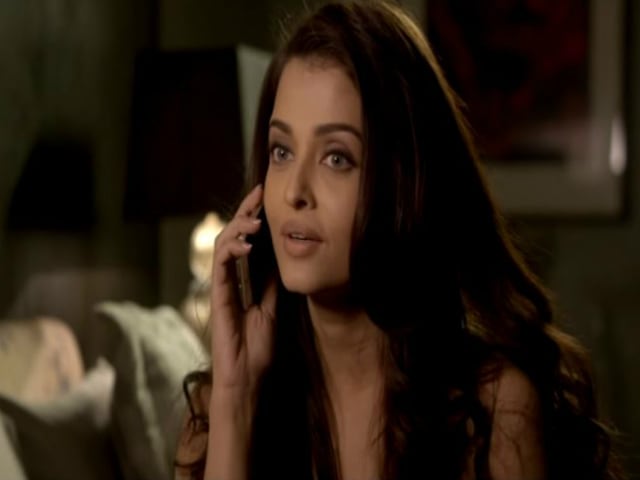 New Delhi: A compilation of what appears to be deleted scenes from director Karan Johar's Ae Dil Hai Mushkil is trending on YouTube, with almost 3 lakh views in two days. The three-and-a-half minute clip contains some intensely-charged exchanges between the characters played by Ranbir Kapoor and Aishwarya Rai Bachchan, including one in which she gives him her apartment number and another in which she looks like a million bucks in a slinky red dress. There's a fun scene set in a nightclub in which Ranbir Kapoor, volunteering to entertain the crowd, is told by Anushka Sharma's character, "Jaa Simran, jee le apni zindagi." Most notable, however, is the first of the allegedly deleted scenes - one that features Pakistani actor Fawad Khan and Anushka Sharma strolling around London.

Ae Dil Hai Mushkil opened in October after weeks of controversy over the casting of Fawad. The Raj Thackeray-led Maharashtra Navnirman Sena (MNS) led protests against the film, in light of the terror attack in Uri. Ae Dil Hai Mushkil was allowed to release after Maharashtra Chief Minister Devendra Fadnavis intervened. Team Ae Dil Hai Mushkil claimed then that Fawad's role wasn't being cut short - it seems from this video that he did have at least one scene that didn't make it to the final cut.

Promoted
Listen to the latest songs, only on JioSaavn.com
Ae Dil Hai Mushkil, Karan Johar's first film as director since Student Of The Year, is a story of unrequited love, loss and longing. Ranbir Kapoor plays Ayan, who falls in love with Anushka Sharma's Alizeh but is friend-zoned by her. Alizeh's heart beats for Ali, played by Fawad Khan in an extended special appearance. Ayan then falls for Aishwarya Rai Bachchan's character Saba, a sultry older woman.

The film released on October 28 and did well at the box office, giving Ranbir Kapoor a crucial hit film.