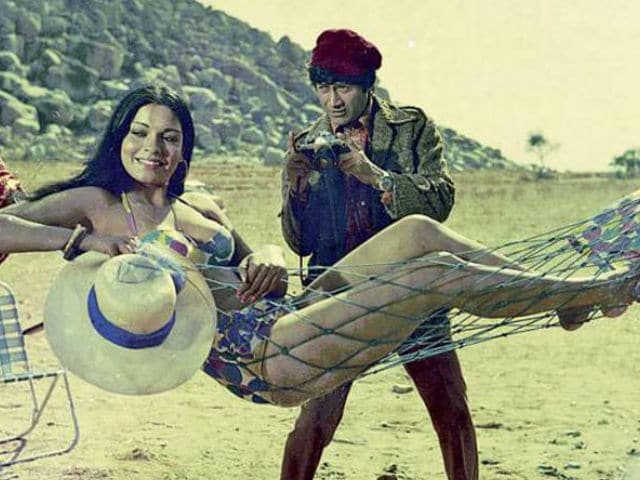 New Delhi: If you thought Tom & Jerry couldn't get any cuter, boy does Neetu Kapoor have news for you. The 59-year-old actress found and posted a 'Bollywood ishtyle' mashup of Tom & Jerry clips edited to the tune of the song Aise Na Mujhe Tum Dekho, Seene Se Laga Dunga, sung by Kishore Kumar. The song, composed by R D Burman, is from 1977 film Darling Darling which starred Dev Anand and Zeenat Aman. We can guarantee director Gogi Anand had no idea the song would be put to this use so many decades on. Tom, armed with a guitar, makes for a rather dashing feline version of a Bollywood hero - who knew?

Thanks, Neetu Kapoor. And we agree - this is very cute.

Neetu Kapoor has time to prospect for Internet gold now because she recently returned from a cruise around the Greek islands with husband Rishi Kapoor and friends. They also went to Italy and Ms Kapoor, whose Instagram is filled with vacation pictures, posted a photo of themselves at the Trevi Fountain in Rome.

She also posted this clip of Rishi Kapoor in full Raju mode, wearing a hat and with a bundle dangling over his shoulder in imitation of the cinematic tramp character made famous by his father Raj Kapoor.

Promoted
Listen to the latest songs, only on JioSaavn.com
Rishi and Neetu Kapoor are co-stars of films such as Amar Akbar Anthony, Rafoo Chakkar and Khel Khel Mein. They last featured together in 2013 film Besharam with their actor son Ranbir Kapoor.

Rishi Kapoor is quite busy these days. He has two films lined up for release this year - Patel Ki Punjabi Shaadi and 102 Not Out with Amitabh Bachchan.