Tom Hanks, Who Had COVID-19, Donates Plasma For Research: "As Easy As Taking A Nap"

The 63-year-old actor shared a photo from his plasma donation session from last week and tweeted recently: "Such a bag!" 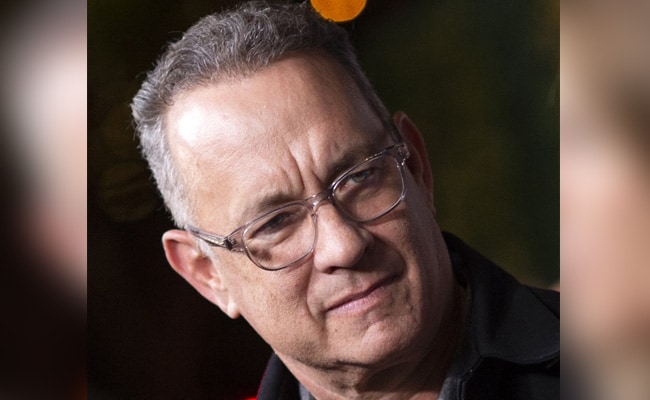 Actor Tom Hanks, who was diagnosed with COVID-19 when he was in Australia last month, wrote a brief post about donating plasma and added a touch of his signature sense of humour to it. The 63-year-old actor shared a photo from his plasma donation session from last week and tweeted recently: "Such a bag!" Tom Hanks added that once the necessary document-related formalities are over, the rest is pretty simple. "Here's last week's bag of plasma. Such a bag! After the paperwork, it's as easy as taking a nap," Mr Hanks wrote in his post, tagging the University of California, Los Angeles (UCLA) and also the doctor, who supervised his plasma donation. Earlier, it was reported that Tom Hanks and his wife Rita Wilson were to donate plasma to UCLA for research.

Here's last week's bag of plasma. Such a bag! After the paperwork, it's as easy as taking a nap. Thanks @arimoin and UCLA. Hanx pic.twitter.com/15WblGiVwe

After their COVID-19 diagnosis, Tom Hanks and Rita Wilson spent days under observation in Australia and finally returned to the US at the end of March. On March 29, the actor tweeted this message: "Hey, Folks... We're home now and, like the rest of America, we carry on with sheltering in place and social distancing. Many, many thanks to everyone in Australia who looked after us. Their care and guidance made possible our return to the USA. And many thanks to all of you who reached out with well wishes. Rita and I so appreciate it. Hanx."

Tom Hanks and Rita Wilson were in Australia for a film on Elvis Presley, in which Tom has been cast as the legendary singer's manager. During his quarantine days in Australia, the actor regularly wrote about folding the laundry and doing the dishes and spending time with his favourite typewriter.

Hey folks. Good News: One week after testing Positive, in self-isolation, the symptoms are much the same. No fever but the blahs. Folding the laundry and doing the dishes leads to a nap on the couch. Bad news: My wife @ritawilson has won 6 straight hands of Gin Rummy and leads by 201 points. But I have learned not to spread my Vegemite so thick. I travelled here with a typewriter, one I used to love. We are all in this together. Flatten the curve. Hanx

On the work front, Oscar-winning actor Tom Hanks, was last seen in A Beautiful Day In The Neighborhood, for which he was nominated for several awards.