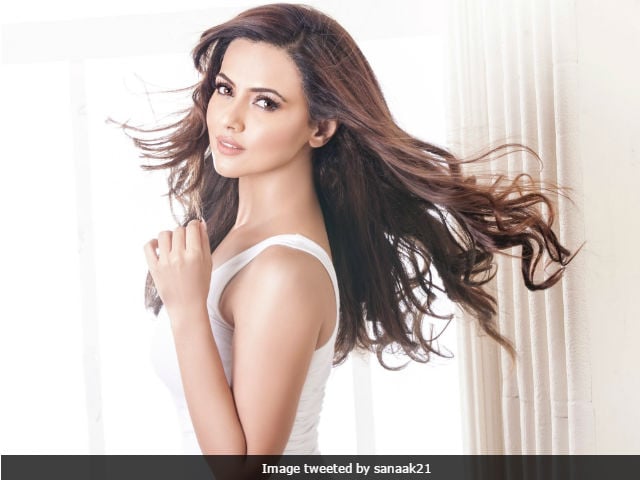 New Delhi: Sana Khan, who was last seen in 2016 movie Wajah Tum Ho, will be seen romancing Akshay Kumar in Shree Narayan Singh's Toilet - Ek Prem Katha. A source told dnaindia : "Sana plays his girlfriend in the film and has gone deglam role for this role. Akshay gave acting tips to the actress who has worked with Salman Khan in Jai Ho. She also bonded with the leading lady Bhoomi (who plays Akshay's wife)." Toilet - Ek Prem Katha is a comedy film based on the unhygienic conditions in the rural areas of India. The movie is scheduled to release in theatres in June this year.

The shoot for Toilet- Ek Prem Katha was completed on February 21. The Singh Is Kinng had posted a picture on Instagram, captioned: "With the wrap of #ToiletEkPremKatha treating you guys to a still from the film. Keshav and Jaya's unique love story coming to you on June 2 :)(sic)."

With the wrap of #ToiletEkPremKatha treating you guys to a still from the film...Keshav and Jaya's unique love story coming to you on June 2 :)

Akshay Kumar will be sharing the screen space with Sana Khan and Bhumi Pednekar for this first time.

Promoted
Listen to the latest songs, only on JioSaavn.com
Sana Khan made her acting debut in a low budget adult Hindi film Yehi Hai High Society. She was also seen in Salman Khan's Jai Ho in which she portrayed the role of main antagonist Danny Denzongpa's daughter. The 28-year-old actress was last seen in Wajah Tum Ho opposite Sharman Joshi and Gurmeet Choudhary. She rose to fame after participating in the popular reality show Bigg Boss.

Meanwhile, Akshay Kumar was last seen in Jolly LLB 2 along with Huma Qureshi, Saurabh Shukla and Annu Kapoor. His other upcoming films this year are Naam Shabana, Rajinikanth's 2.0 and Padman.