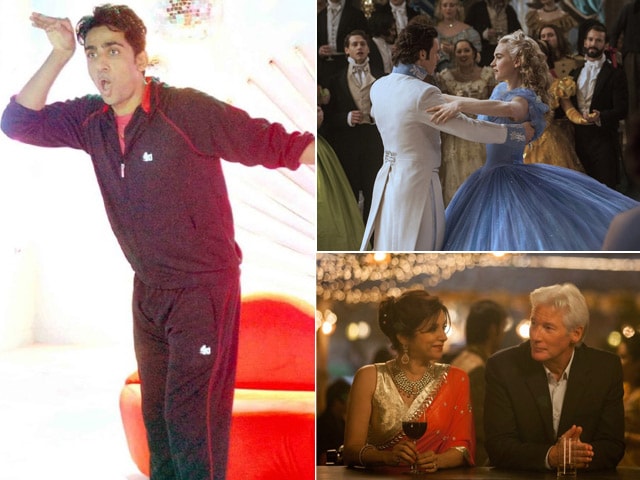 A still from Hunterrr, Cinderella and The Second Best Exotic Marigold Hotel

Moviegoers have any number of choices this weekend. While Bollywood offers small-budget films like Hunterrr and Dilliwali Zaalim Girlfriend, Hollywood presents films like Cinderella and The Second Best Exotic Marigold Hotel.

Director Hashvardhan Kulkarni's film Hunterrr, a film based on the journey of a sex addict played by actor Gulshan Devaiah, has received an 'A' certificate from the Censor Board. Gulshan will be seen wooing actresses Radhika Apte, Sai Tamhankar, Veera Saxena and Rachel D'Souza in the film.

If fantasy charms you, then Kenneth Branagh's Cinderella starring Lily James in the lead role should be your pick. The film stars Richard Madden as Prince Charming, Cate Blanchett as Lady Tremaine, Sophie McShera as Drizella, Holliday Grainger as Anastasia and Helena Bonham Carter as The Fairy Godmother. The film is a classic reworking of the Cinderella story, where the Prince's side of the story will be the focal point of the film's plot.

Also releasing today is Robert Schwentke's Insurgent, the sequel to the 2014 film Divergent. The film, revolving around a post-apocalyptic Chicago, stars Shailene Woodley, Ansel Elgort, Theo James, Kate Winslet and Naomi Watts. Insurgent, based on the second book in the Divergent trilogy written by Veronica Roth, begins where the last installment ended, with Tris and Four escaping after a hostile takeover from Jeanine and the rest of Erudite.