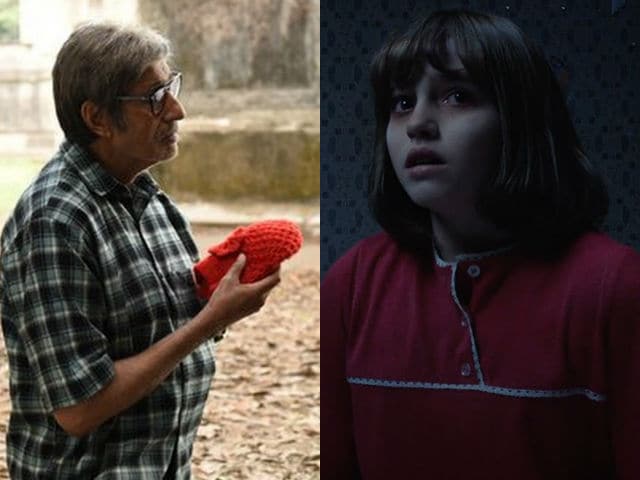 A still from Te3n and The Conjuring 2

New Delhi: Moviegoers are in for a thrilling Friday as Amitabh Bachchan and Nawazuddin Siddiqui's Te3n will hit the big screen. The film chronicles Mr Bachchan's quest to find his missing granddaughter with help from Nawazuddin, who plays a priest and Vidya Balan (in extended cameo role), who plays a cop. As the cold trail of his missing granddaughter is revived when a similar crime is committed, Big B embarks on a thrilling journey in the streets of Kolkata to find her. The film is directed by Ribhu Dasgupta and produced by Sujoy Ghosh, the director of Kahaani. Randeep Hooda, a former MMA artiste and Kajal Aggarwal's romantic story Do Lafzo Ki Kahaani also releases today. The film is directed by Deepak Tijori.Hollywood is also all set to make India's weekend a bit more thrilling with the release of The Conjuring 2: The Enfield Poltergeist. The film is a sequel to 2013 film Conjuring and this time demonologists Ed and Lorraine Warren come to England to investigate poltergeist activity in Enfield. Then there's also Game of Thrones' Emilia Clarke and Sam Claffin's Me Before You, which is up for release. Punjabi film Once Upon A Time In Amritsar, Bengali films Parobash and Niyoti represent the regional section.