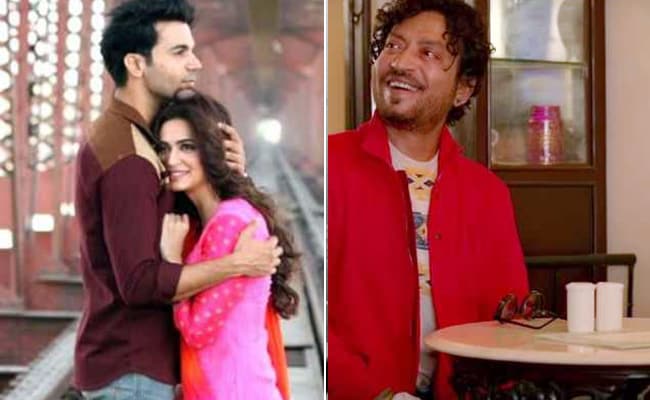 Giving an insight to his character, Rajkummar earlier told news agency IANS: "My character has a journey that travels the phase from a college pass out of a small town to falling in love with a girl and to becoming a successful, rich guy. It is a revenge story and how love makes you do things that you cannot do otherwise."

The soundtrack of Shaadi Mein Zaroor Aana has a very old school romance touch, which makes it different from what we have heard so far. The music has been composed by Anand Raj Anand.

We already can't wait to watch Rajkummar Rao in the film after Newton's brilliant success at the box office. Before heading to the theatres watch Shaadi Mein Zaroor Aana's trailer here:


Next up is Irrfan Khan's Qarib Qarib Singlle, co-starring Parvathy. The film is a romantic tale and has an old-charm to it, like we use to see in childhood. Irrfan plays the role of a Yogi in the film. The film is directed by Tanuja Chandra.

Of the film, Irrfan told IANS: "I am not nervous, I am excited as you don't get to do stories like this very often. And it has characters you can relate with," Talking about his role in the film, Irrfan said: "The role of Yogi, I thought I won't be able to do it. When it was written on paper, this role was so astonishing and amusing that I wonder how I am going to do it?"


Another film which releases today is Actor Siddharth Narayan's The House Next Door. The film is a horror drama, which also stars Andrea Jeremiah in the lead role.


So which film are you going to watch today?