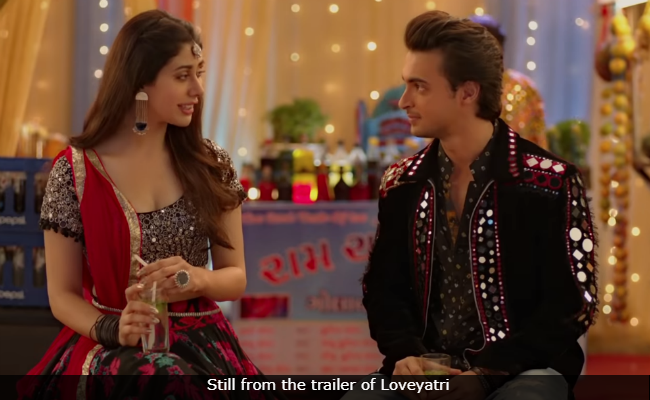 Bollywood and Hollywood together have put up an interesting line-up for movie-goers this week. A suspense thriller and a romantic comedy, courtesy Bollywood and an action drama film from Hollywood is on the platter. Salman Khan is launching his brother-in-law Aayush Sharma opposite newcomer Warina Hussain in today's first big release Loveyatri. It's a romantic saga set during the Navratri festival in India. The 'boy meets girl' story has been given plentiful colours by director Abhiraj Minawala. Loveyatri is releasing after its share of controversies over the film's title, which was Loveratri to begin with.

After a Hindu outfit raised objection to the title (for being almost homonym-like with Navratri) the filmmakers changed the title to Loveyatri. Objections were raised on this name too but the Supreme Court put a lid on the episode saying, "no coercive action shall be taken against it relating to the content and the name of the movie."

Watch the trailer of Loveyatri:

Meanwhile, Sriram Raghavan's AndhaDhun, starring Ayushmaan Khurrana, Radhika Apte and Tabu opens in theatres today. AndhaDhun is the intriguing story of how a young musician, who is feigning blindness, finds himself in the centre of a murder mystery. The early reviews of the film have been stupendous. Saibal Chatterjee in his review for NDTV praised the star-cast saying, Ayushmann Khurana has "never been better," Tabu is "astounding" and Radhika Apte is "effortlessly pitch-perfect."

Watch the trailer of AndhaDhun:

From Hollywood, we have Tom Hardy's Venom on the big screen today. Venom, directed by Ruben Fleischer, is Marvel's latest offering and its first in association with Sony Pictures (the film's distributors). The character first appeared in Spider-Man 3, starring Tobey Maguire in lead role.

Watch the trailer of Venom:

Which film will you pick today?