Aayush Sharma made his Bollywood debut with the 2018 film LoveYatri 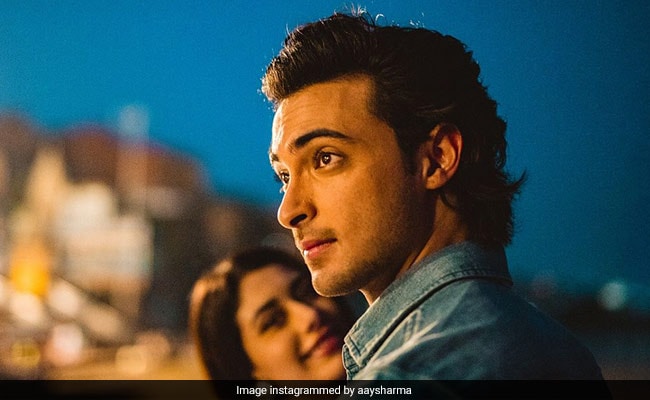 Actor Aayush Sharma, in an interview with RJ Siddharth Kannan, revealed that he was once told by a reporter that he looked feminine after the release of his 2018 film LoveYatri trailer. Aayush Sharma, who sported a chocolate boy look in his debut film LoveYatri, underwent a major physical transformation for his role as a goon in his upcoming film Antim: The Final Truth. Talking about the criticism he received after the trailer of LoveYatri dropped on the Internet, Aayush Sharma said: "I remember the criticism I faced for the first time. I think it was Thursday night when the reviews started coming. The first review by a very famous reporter said, 'He looks like a girl,' it was after watching the LoveYatri trailer. Others said, 'He's weak in emotional scenes', and one also said, 'There's a problem in dialogue delivery.' someone said, 'There's no screen presence.' I worked on all these factors that people thought were missing in me so that next time people don't feel like this about me."

He added that he took all the criticism in a positive way to change his appearance, acting methods and dialogue delivery: "At that point in time, I wrote all these down in a notepad, took a screenshot and made that my wallpaper. I need to change my appearance, dialogue delivery, next time I work on emotional scenes, this is how it should be, what should be my screen presence, I worked on all these."

Aayush Sharma made his Bollywood debut with the 2018 film LoveYatri, which was produced by his brother-in-law Salman Khan.

They will share screen space for the first time in Antim: The Final Truth. Salman Khan plays a cop in the film while Aayush Sharma features as his nemesis.

Aayush will next be seen in Lalit Butani's Kwatha, which will also star Katrina Kaif's sister Isabelle.