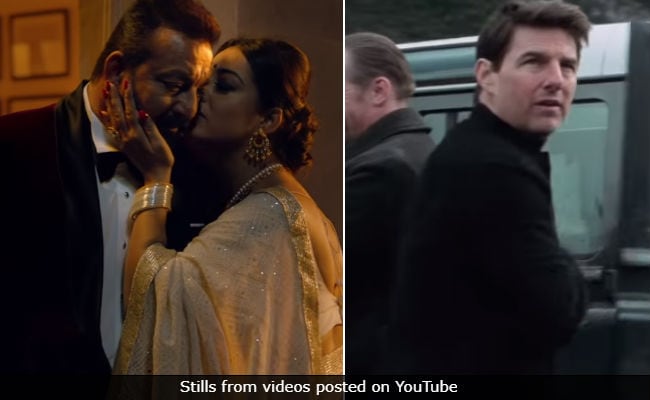 For film-goers, the day is all about drama and suspense. Bollywood film Saheb, Biwi Aur Gangster 3 is releasing along with Tom Cruise's intense action film Mission: Impossible - Fallout. The Tigmanshu Dhulia-directed film is the third film is the series, in which actors Jimmy Shergill and Mahie Gill reprise their roles while Sanjay Dutt plays the titular gangster replacing Irrfan Khan from the previous film. Saheb, Biwi Aur Gangster 3 like the previous films is about the dark con of men and woman and how they use and abuse power and people to reach a desired conclusion.

In terms of the setting and scale, Tigmanshu Dhulia said that he has upped the ante with Saheb, Biwi Aur Gangster 3, reported news agency PTI. He was quoted as saying: "The story has become bigger. The characters of Biwi and Saheb have matured. Even the haveli you saw in previous films has improved. The class has improved."

Moving over to Hollywood, we have Tom Cruise's Mission: Impossible - Fallout, which is the sixth film in the Mission: Impossible series. For Indian fans of the series, here's a treat from the filmmakers. The climax of Mission: Impossible - Fallout is set in Kashmir. However, the filmmaker shot for the action sequences in New Zealand. "We couldn't shoot the aerial sequence (helicopter chase sequence) in India. It was a little too crazy. So, we ended up in New Zealand... we looked at places which had some similarities to New Zealand, and that is why we picked Kashmir," director Christopher McQuarrie told news agency IANS.

Tom Cruise has put his best foot (read injured) forward in Mission: Impossible - Fallout. The actor broke his ankle while filming an action scene because of which the project was put on hold for several days. The director told IANS that major changes were made to the film's plot while Tom Cruise was recuperating, so not much harm was done.

Which film are you planning to watch over the weekend? Tell us in comments.