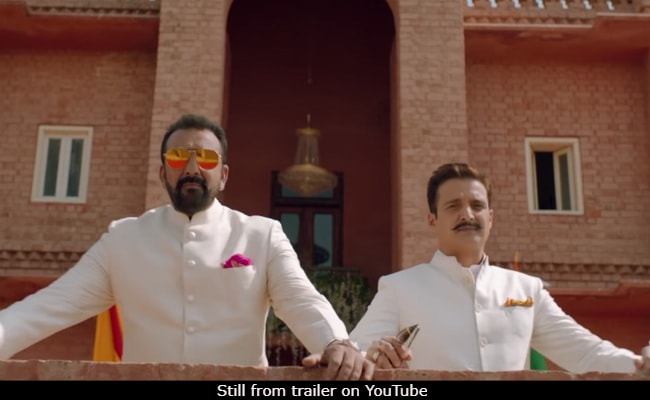 Hey guys, it's time for Saheb, Biwi Aur Gangster 3! Sanjay Dutt and Jimmy Sheirgill are all set with a new plot and a new game, just with more twists this time. Saheb, Biwi Aur Gangster 3 is headlined by Sanjay Dutt while Jimmy Sheirgill and Mahie Gill reprise their respective roles. The movie also features Soha Ali Khan and Chitrangada Singh in key roles. The film is a third installment in the Saheb, Biwi Aur Gangster series, the first of which released in 2011. Be assured that the movie will be an intense drama about love, deceit and power as director Tigmanshu Dhulia told news agency PTI: "The story has become bigger. The characters of Biwi and Saheb have matured. Even the haveli you saw in previous films has improved. The class has improved."

Sanjay Dutt, who has previously been seen in similar roles in films such as Vaastav and Kaante, recently told PTI what makes his new film stand out from the rest. "I have never played such a character. This is different from the one you saw in Vaastav or Kaante. This gangster is an educated person who lives far away from his family."

Meanwhile, fans must have missed Sanjay Dutt at promotional events of the film in the month leading up to its release. In an interview with mid-day, producer Rahul Mittra explained that Mr Dutt has been busy with his prior work commitments but has followed up with his promotional duties on social media.

Psyched to witness the games unfold with Saheb, Biwi Aur Gangster 3 at theatres tomorrow? Tell us in the comments below.