After from Bank Chor, Hollywood films Despicable Me 3 and Cars 3 are also releasing today 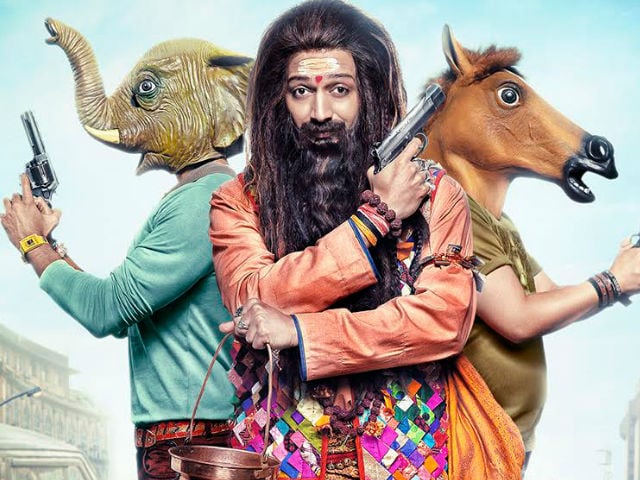 New Delhi: Today movie-goers are in for a comic relief with the release of Bollywood's Bank Chor and Hollywood films Despicable Me 3 and Cars 3. First up is Bank Chor starring Riteish Deshmukh and Vivek Oberoi. The film follows the event of an unfateful day when three amateur bank robbers - played by Riteish, Vikram Thapa and Bhuvan Arora - decide to stage a heist and Inspector Amjad Khan (Vivek Oberoi) is assigned to catch the thieves. From the trailer we know that the robbers may have an ulterior motive to rob the bank but will they be able to pull of the heist? The answer is at a theatre near you.

Watch the trailer of Bank Chor:


Bank Chor has been directed by Bumpy (who has also made Luv Ka The End with Punit Malhotra). The film is produced by Y-Films, a branch of the Aditya Chopra-owned Yash Raj Films. Bank Chor also features Baba Sehgal and Rhea Chakraborty.

Are you excited to meet Gru's evil (and filthy rich, like really, really rich) twin brother Dru in Despicable Me 3? Gru is a reformed man. Gru, who is now married to Lucy Wilde, raises Margot, Edith and Lucy with her and works for the Anti-Villain League. But Gru's past is catching up with him. Gru's brother Dru wants to collaborate with him for one last heist while Gru he is assigned to catch a notorious criminal Balthazar Bratt.

The adventures of Gru, his family and (not to forget) his minions is a must watch.

Promoted
Listen to the latest songs, only on JioSaavn.com
Watch the trailer of Despicable Me 3:


In Cars 3, Lightning McQueen must regain its former glory. Jackson Storm may have defeated him at the Piston Cup but their race is still on. Do you want to watch how Lightning strike again with help from Cruz Ramirez?