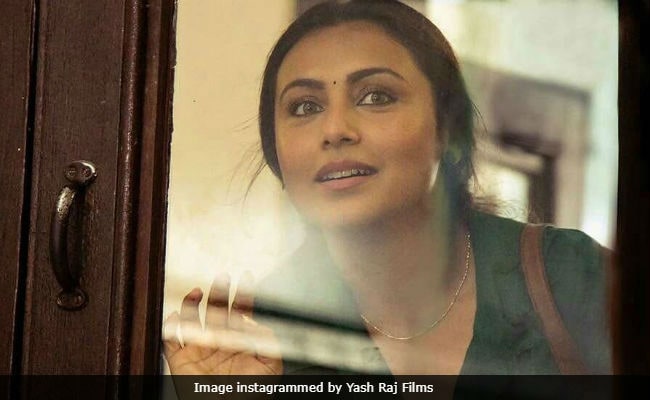 New Delhi: So, the big day is here and Rani Mukerji's Hichki is now screening in theatres near you. The film is inspired by the life of Brad Cohen, which he documented in his book, titled Front Of The Class. Hichki is a heart-warming story of Naina (Rai Mukerji) who wants to be a teacher with Tourette Syndrome as her hichki. She's willing to prove her mettle and finds her opportunity with a class of students from the economically weaker section enrolled in an elite school as per Right To Education guidelines. The students are unable to compete with their peers, which distracts them from their path. Naina, whom the students initially reject, works with them to make ends meet.

Watch the trailer of Hichki

The makers of Hichki have replied on low-scale promotion for the film. However, the best strategy was to ask other celebrities (Shah Rukh Khan, Salman Khan, Katrina Kaif and Anil Kapoor) to talk about their hichkis and how they overcame it.

Watch SRK and Salman Khan's talk about their "Hichki Moment":

Rani Mukerji is returning to the big screen after a gap of two years. She was last seen in Mardaani. Hichki is directed by Siddharth P Malhotra and it is co-produced by Maneesh Sharma and Yash Raj Films, which Rani's husband Aditya Chopra owns. "I have tried to take on this stereotype by coming back to acting after my marriage and motherhood," Rani wrote in the letter posted by YRF on Rani's behalf on her 40th birthday.