Read inOther Languages
This Article is From Jul 29, 2018

To Sanjay Dutt, With Love From Daughter Trishala

On Sanjay Dutt's birthday, his daughter Trishala Instagrammed a million dollar picture of the duo 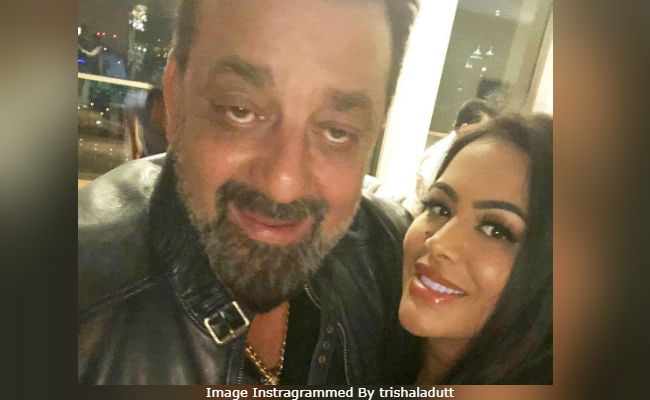 On Sanjay Dutt's birthday, his elder daughter Trishala Instagrammed a million dollar picture of the duo, twinning in black, and wrote, "Happy Birthday, Daddy Dukes." Adding hashtags like 'Team Leo' and 'Birthday Boy.' Bollywood star Sanjay Dutt is celebrating his 59th birthday today (July 29). Celebrations kick-started last night with a starry birthday party, attended by celebs like R Madhavan, Chunky and Bhavana Panday, Amrita Arora and others. Trishala, Sanjay Dutt's daughter with his first wife Richa Sharma, lives in the US with her maternal grandparents. Last year in August, Sanjay Dutt had released the trailer of his comeback film Bhoomi on Trishala's birthday in Mumbai. At the launch, Trishala's heart-warming letter addressed to her dad was played as a voice note.

"My dearest papa dukes, it feels so nice to know that you've chosen to launch the trailer of Bhoomi on my birthday as a surprise. It gives me so much joy to know that you've chosen a film based on a father-daughter relationship as your comeback film as well. I'm really proud of you Dad. You are stronger than you know. I'm blessed to be a part of you. I love you forever, Trishala," she wrote in the letter.

Sanjay Dutt married Maanyata over a decade ago and the couple are parents to 8-year-old twins Shahraan and Iqra. Maayata and Trishala trend on and off for the Instagram exchanges.