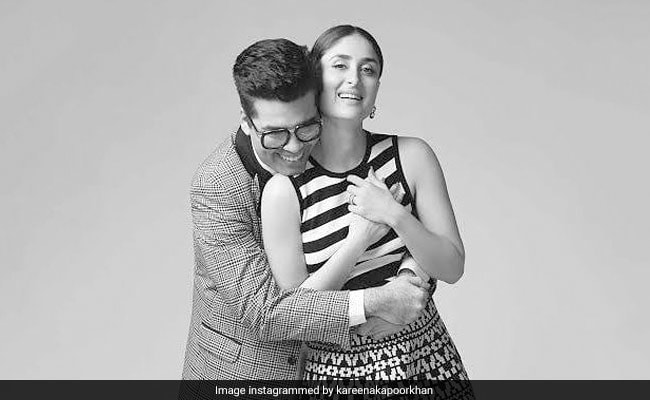 On Karan Johar's 49th birthday, Kareena Kapoor, a close friend of the filmmaker, shared a super cute picture from her archives. It features the duo happily posing together. Kareena captioned the post: "Happy Birthday, Kjo... I love you." The duo are a part of a close knit-circle that also includes Karisma Kapoor, Malaika Arora and Amrita Arora. Kareena Kapoor has been a part of many films produced by Karan Johar's Dharma Productions, among them are Gori Tere Pyaar Mein, Ek Main Aur Ekk Tu, We Are Family and Good Newwz, to name a few. Kareena was also meant to star in Karan Johar's next directorial venture Takht, a period drama which has been delayed as of now.

Kareena Kapoor and Karan Johar's first collaborative project came in the form of the 2001 super hit film Kabhi Khushi Kabhie Gham. The dynamics of Karan Johar and Kareena's relationship changed over the actress' asking price for the film Kal Ho Naa Ho, which was produced by Karan Johar's Dharma Productions. Later, Preity Zinta was zeroed in as the female lead of the film.

In his autobiography An Unsuitable Boy, KJo revealed, "Kareena and I didn't speak to each other for almost a year. For a year, we looked through each other at parties. It was very idiotic. She was a kid, she's a decade younger than me." However the duo brought an end to their prolonged fight after Karan Johar announced the birth of Kareena and Saif's son Taimur Ali Khan on his Twitter account on 2016. The two have been on great terms since then.