Sonam had shared the same picture on Mother's Day in 2017 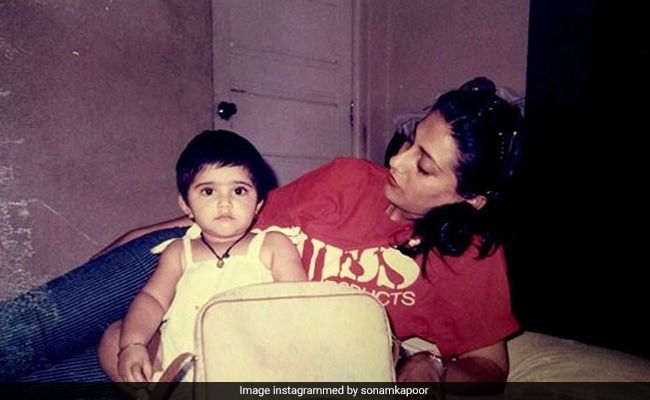 Sonam Kapoor, who is currently living with her husband Anand Ahuja in Delhi, flipped through the pages of her family album on Thursday and shared a priceless memory with her fans on social media. The actress posted a photo featuring herself and her mother Sunita Kapoor on her Instagram story. In the photograph, pint-sized Sonam can be looking at the camera while posing with her mom. She looks super cute in a white frock while Sunita Kapoor looks stunning as always in a red t-shirt and denims. The picture captures Mrs Kapoor looking adorably at her daughter. Sharing the photo, which she had previously posted on Mother's Day in 2017, Sonam wrote just one word in her caption and that was enough to express her current state of mind. She wrote: "Mama." 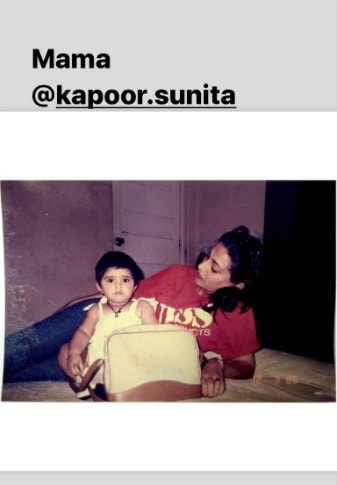 Back in 2017, Sonam shared the aforementioned photographed with a heart-warming note for her mom on Mother's Day. She borrowed one of author Mark Twain's quotes and wrote: My mother had a great deal of trouble with me but I think she enjoyed it.... love you mommy!" with the hashtag #happymorthersday. Take a look at her post here:

My mother had a great deal of trouble with me but I think she enjoyed it MARK TWAIN @kapoor.sunita #happymorthersday love you mommy!

On the work front, Sonam Kapoor's last films were The Zoya Factor, in which she shared screen space with Dulquer Salmaan and Angad Bedi, and Ek Ladki Ko Dekha Toh Aisa Laga, in which she co-starred with her father Anil Kapoor, Rajkummar Rao and Juhi Chawla. As of now, she has not announced her next project.