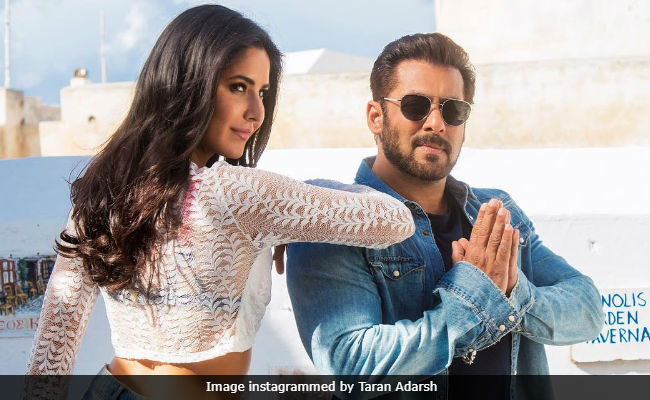 New Delhi: Salman Khan's Tiger Zinda Hai has entered the second week of its box office race and trade analyst Taran Adarsh reports that the Ali Abbas Zafar-directed film has 'maintained (its) strong trend.' The eighth day collection of the film was Rs 11.56 crore and Taran Adarsh says that the business will pick up over the weekend. He added: "(Tiger Zinda Hai is) now chasing the score set by Bajrangi Bhaijaan (Rs 320.34 crore) and Sultan (Rs 300.45 crore)." Here the latest box office report card of Salman Khan and Katrina Kaif's Tiger Zinda Hai:

Of the film's success, actress Katrina Kaif, who plays the role of a Pakistani spy, told news agency PTI: "As an actor, I always want to be part of movies that audiences thoroughly enjoy and the feedback that I'm getting from audiences is overwhelming and extremely satisfying." Katrina's last few films - Jagga Jasoos, Baar Baar Dekho, Fitoor and Phantom - were box office duds.

Despite fabulous collection numbers, Tiger Zinda Hai failed to become a critical success as its predecessor 2012's Ek Tha Tiger. Tiger Zinda Hai has been panned by the critics some of which have called the film solely for the entertainment of Salman Khan's fans and others have criticised the runtime of the film.

Promoted
Listen to the latest songs, only on JioSaavn.com
Now that Tiger Zinda Hai is done, Salman Khan will get busy with Race 3, to be directed by Remo D'Souza and later with Bharat, his third collaboration with Ali Abbas Zafar, which will be produced by Salman's brother-in-law Atul Agnihotri.