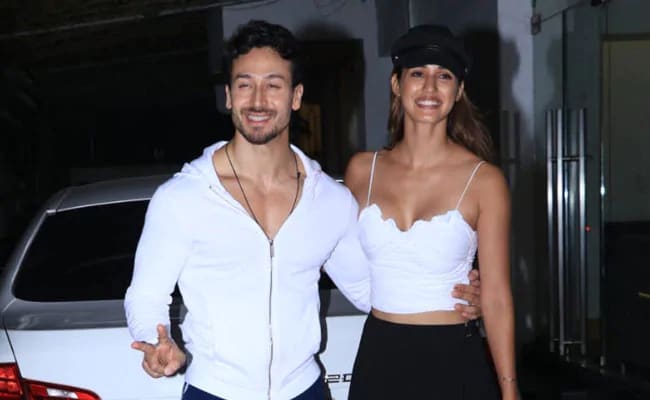 Don't you think a beautiful wish from your favourite person makes your birthday even more special? The reason we brought this up today is because its Disha Patani's 27th birthday today and her rumoured boyfriend Tiger Shroff wished her in the most adorable way possible. Pictures are a thing of the past, Tiger shared a super cute video on his Instagram profile on Thursday. The video features Tiger and Disha dancing to the song Befikra, which marked Tiger and Disha's first project together. Tiger captioned the video: "Happy Birthday D" and he let his post do the talking.

Just like us, the birthday girl also loved the post. In her comment, Disha lovingly referred to Tiger as "Tiggy" and she wrote: "Thank you so much Tiggy, so sweet of you."

Disha and Tiger shared screen space for the first time in music video Befikra. They later co-starred in the 2018 film Baaghi 2. Tiger Shroff and Disha Patani are rumoured to be dating. However, none of them have confirmed their relationship as of now.

During his appearance on Karan Johar's talk show Koffee With Karan 6, Tiger addressed Disha as a "great friend" and said, "We both have similar interests and I don't have many friends in the industry. And she's one of the very few friends I have that I am comfortable with."

Disha Patani's last release was the super hit film Bharat, starring Salman Khan, in which she played the role of a trapeze artiste. She will next be seen in Malang. Tiger Shroff was last seen in Student Of The Year 2. He will next be seen in Siddharth Anand's untitled film, which also features Hrithik Roshan. He also has Baaghi 3 in the pipeline.