Disha Patani said: "Honestly, I don't know if I will ever get to work with Salman sir again." 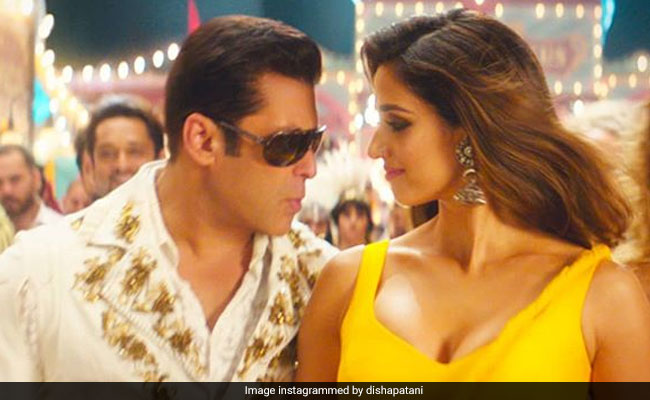 Actress Disha Patani, who stars opposite Salman Khan in a segment of upcoming film Bharat, told Mumbai Mirror that this may have been be her only chance of working with the Dabangg actor. When asked why she thought so, Disha, who is best-known for her roles in Baaghi 2 and MS Dhoni: An Untold Story, said: "Because of the age difference between us. In Bharat, it is acceptable because that portion shows Salman sir in his Twenties and Thirties so, it was an immediate 'yes.' He is a wonderful human being and very hard-working. I got to learn a lot from him." She added: "Honestly, I don't know if I will ever get to work with Salman sir again. Even Ali sir (director Ali Abbas Zafar) told me this while narrating the script."

Disha Patani plays a trapeze artiste in a circus set in the Sixties, in which Salman Khan's character Bharat pays a daredevil stuntman. "Ali sir called me with a role which is more of a special appearance. I heard him out and since the character is that of a trapeze artiste alongside Salman sir, I came on board," Disha told Mumbai Mirror.

However, the age difference between actors IRL has hardly affected May-December casting in films. In one of his upcoming projects, Inshallah Salman Khan, 53, is cast opposite Alia Bhatt, 26. A source close to the film, which is directed by Sanjay Leela Bhansali, earlier told Mumbai Mirror: "All the factors, including age gap, have been taken into consideration. The story will justify the teaming up of two actors, from different generations, on a romantic journey."

Bharat opens in cinemas in June 5.