Contrary to what Tiger Shroff commented, his fans described the picture as "cute" and "lovely" 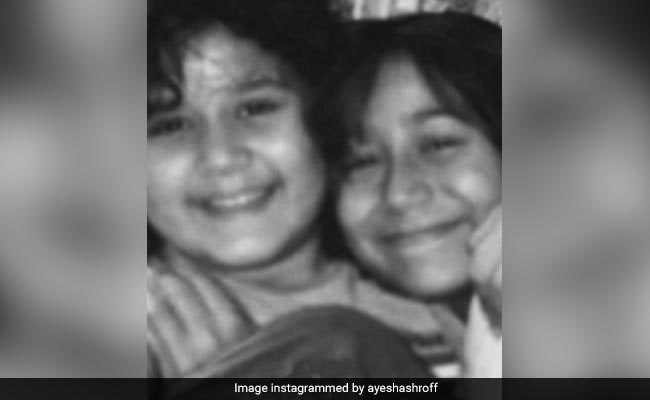 Tiger Shroff's mom Ayesha Shroff flipped through the pages of his childhood diaries and shared an old photograph of him on Tuesday. However, the War actor didn't really like it. The reason we are saying this is because Ayesha Shroff posted a picture of the actor and his sister Krishna from the time when they were little munchkins on her Instagram profile and guess what he commented? "Hideous picture," wrote the actor in the comments section. In the monochrome shot, Tiger and Krishna can be seen smiling adorably for the camera. Sharing the photo using an Insta filter, Ayesha Shroff wrote: "My life" and added several heart emotions in the caption.

And here's what Tiger Shroff commented:

Contrary to Tiger Shroff's comment, his fans described the picture as "cute" and "lovely."

Tiger Shroff is the son of actor Jackie and Ayesha Shroff. His sister, just like him, is a fitness enthusiast and owns martial arts training centers named MMA Matrix in Maharashtra and Uttar Pradesh.

Tiger's last release was Baaghi 3, in which he co-starred with Shraddha Kapoor and Riteish Deshmukh. Last year, the actor featured alongside Hrithik Roshan and Vaani Kapoor in War, which performed exceptionally well at the box office. He has also worked in the 2019 film Student Of The Year 2, co-starring Ananya Panday and Tara Sutaria. Tiger Shroff has featured in films like Baaghi, Baaghi 2, A Flying Jatt and Munna Michael, among others.

He made his Bollywood debut with the 2014 film Heropanti, co-starring Kriti Sanon. The actor will next be seen in the sequel to his debut film - Heropanti 2.