In the comments section, Krishna wrote: "Thank you for these genes, Jackie and Ayesha Shroff" 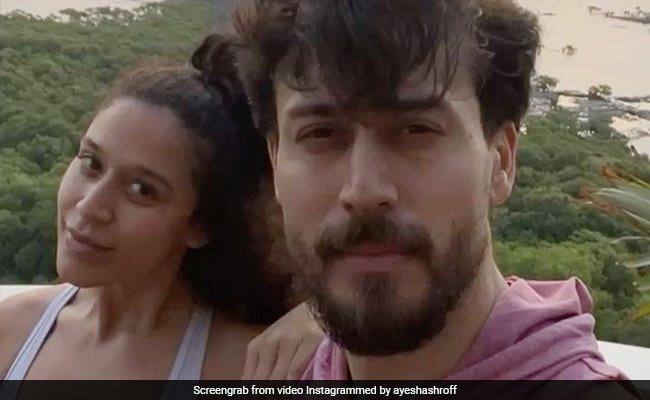 Ayesha Shroff shared a super cute video of her children Tiger and Krishna on her Instagram profile, which has been trending incessantly on social media. In the short video, the brother-sister duo can be seen happily posing for the camera. Krishna can be seen dressed in a white tank top and she looks pretty as ever, while Tiger can be seen wearing a pastel-coloured sweatshirt. Ayesha Shroff captioned the post: "The loves of my life. God bless you my babies."In the comments section, Krishna wrote: "Thank you for these genes, Jackie and Ayesha Shroff." Krishna's boyfriend Eban Hyams also dropped a couple of emojis in the comments section.

Tiger's last release was Baaghi 3, co-starring Shraddha Kapoor. Last year, Tiger starred in War, alongside Hrithik Roshan and Vaani Kapoor, which performed exceptionally well at the box office. He also starred in the 2019 film Student Of The Year 2, co-starring Ananya Panday and Tara Sutaria. The actor has Heropanti 2 in the pipeline.

Tiger Shroff made his Bollywood debut with the 2014 film Heropanti, co-starring Kriti Sanon. Tiger has featured in films like Baaghi, Baaghi 2, A Flying Jatt and Munna Michael, among others.