Tiger Shroff Reveals He Had A "Huge Crush" On Shraddha Kapoor In School. Her Epic Reaction 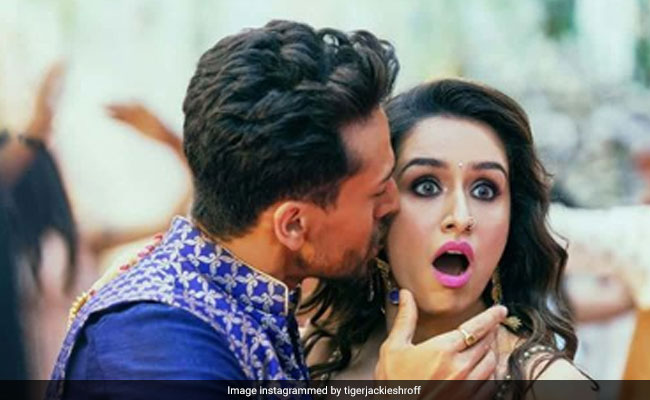 Tiger and Shraddha in a still from Baaghi 3. (Image courtesy: tigerjackieshroff)

After Varun Dhawan, Shraddha Kapoor's Baaghi co-star Tiger Shroff revealed in a recent interview that he had a "huge crush" on her when they were in school. The actor, while promoting their upcoming film Baaghi 3, disclosed a little secret from his school days and said he had a crush on the actress, who was in the same school, but he never confessed how he felt because he was scared. However, it is Shraddha's reaction that is breaking the Internet. During the interview, when Shraddha was asked if she ever had a crush on Tiger, the actor interrupted and said: "Nahi ulta tha, I used to have a huge crush on her in school." Totally surprised Shraddha Kapoor then replied: "Mujhe pata hi nahi tha. Agar pata hota toh I could do something about it."

When asked why he never told her about his feeling, Tiger gave a very hilarious reason: "Meri bohot phat ti thi. Bas dekhta tha. Not in a creepy way but main bas door se dekhta tha." Tiger then talked about the way he used to adore her when she used to pass him in the hallway of their school: "Jab woh pass karti thi hallway mein toh uske baal udte the". "So cute," said Shraddha, who couldn't stop laughing.

Coming back to Tiger Shroff and Shraddha Kapoor, their upcoming film Baaghi 3 will open in theatres on March 6.