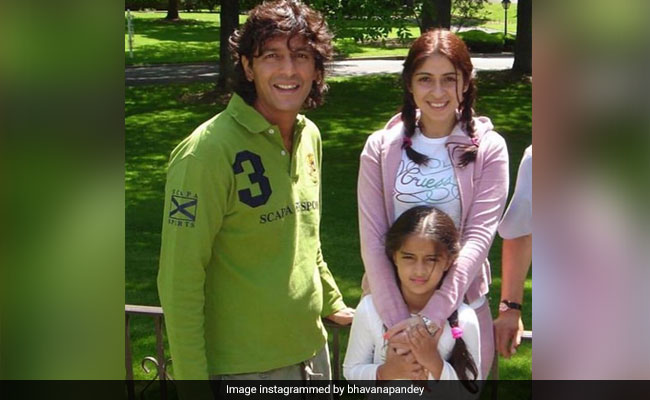 Bhavana Pandey dug out perfect throwback pictures from her photo archives and adorable can't even begin to describe them. The pictures happen to be from Ananya's childhood days. In the pictures, Bhavana and her daughter Ananya Panday can be seen twinning in pink and white outfits. Just in case it wasn't clear, the two matched their hairstyles as well. The pictures also feature Bhavana's husband and actor Chunky Panday. Sharing the pictures, she wrote in her caption: "The days we wore colour coordinated outfits and matched our hairstyles."

Bhavana Panday, who runs an apparel label by the name LoveGen, became a star after featuring in Netflix's The Fabulous Lives Of Bollywood Wives, a series based on the lives of four star-wives - Bhavana Pandey (wife of Chunky Pandey), Seema Khan (married to Sohail Khan), Maheep Kapoor (Sanjay Kapoor's wife), and Neelam Kothari (married to Samir Soni).